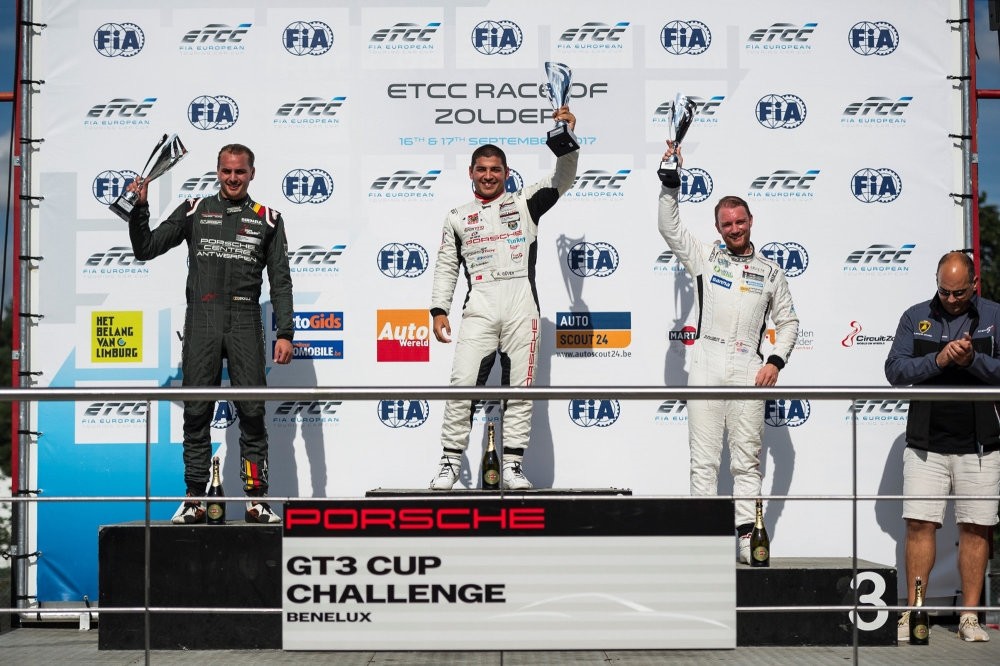 Güven won the 2018 Porsche GT3 Cup Benelux earlier Sunday and made history by winning a second title in the race.

He also has become the first foreign pilot to have won a title in France's Porsche Carrera Cup.

TOSFED President Serkan Yazıcı said: "Ayhancan has proved that our young people can achieve worldwide success if they get the opportunity. I congratulate him heartily and believe these achievements will be a milestone in Turkey's automobile sports history."

Born in 1998, Ayhancan is one of the youngest professional racing drivers in the motor sports world. Born to a race car driver father, Ayhancan has been at the wheels since he was 4.

He took his first steps with race simulations and go-kart racing. He is currently racing in the Porsche Carrera Cup Championship and is the best driver in his age category.