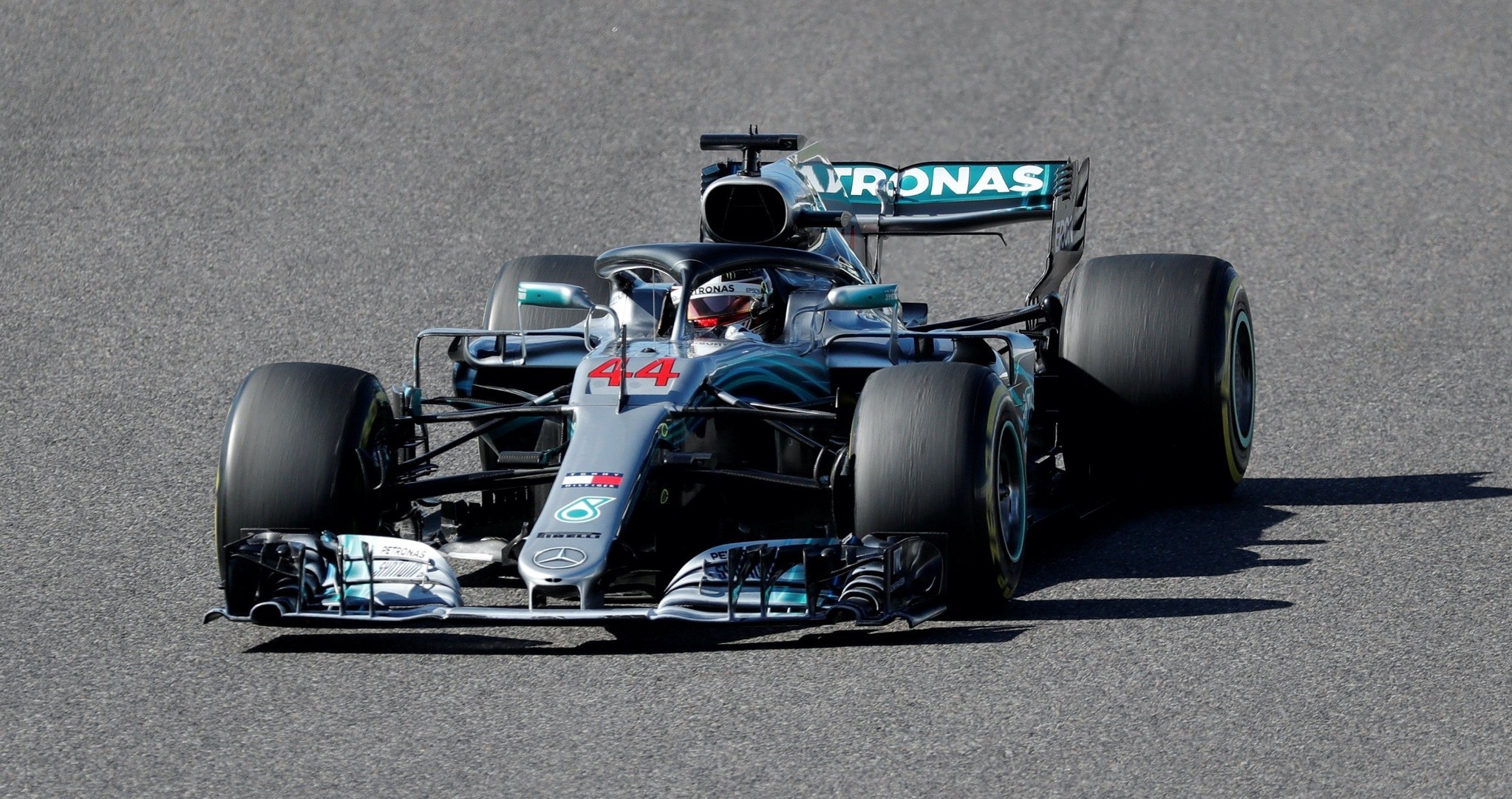 Lewis Hamilton stands on the verge of history this weekend as he needs to out-score Sebastian Vettel by eight points at the U.S. Grand Prix to become only the third five-time Formula One world champion

From New York to Texas, Lewis Hamilton returned to the United States this weekend with yet another Formula One championship ready for the taking. Finish off Ferrari's Sebastian Vettel once and for all at the U.S. Grand Prix this weekend and the British driver would climb another step among racing's greatest drivers. A fifth season championship would tie him with Argentina's Juan Manuel Fangio for second all-time behind only Germany's Michael Schumacher, who won seven.

Having won five of the previous six American races held at Austin's Circuit of the Americas, in Texas, Hamilton is a hot favorite to win again and wrap up the title fight, but he is distancing himself from that narrative. Instead, despite luxuriating in a 67-point lead after a streak of six wins in seven outings, including the last four in succession, the Mercedes racer has done his utmost to warn against any sign of complacency.

"That part is easy for me because I'm very, very strict on not being complacent with our position and still there are 100 points available," he said.

"I know we still have to continue doing the job we're doing now right until the last flag. That's the goal – knowing from past experience that so much can happen.

"I'll focus on amendments I'd like them to focus on making for next year's car, but also how we can also continue to extract from this car because there's still areas we can improve."

Having tasted title defeats in the past, notably in his maiden F1 season in 2007 and when former Mercedes teammate Nico Rosberg beat him in 2016, Hamilton can draw on bitter experience to drive himself toward his objectives.

Hamilton can afford to be conservative in his racing and still take the title if Vettel and Ferrari are unable to beat him or win the race. But if he wins, the German must finish second to keep his hopes alive, albeit only mathematically. Third behind a victorious Hamilton would not be enough. Aware that it was Kimi Raikkonen, in a Ferrari, who took the 2007 title when Hamilton lost momentum in the final races, and that the only other winner in Austin has been Vettel, with Red Bull in 2013, Hamilton himself knows he cannot relax.

"There's still 100 points available and anything can happen," he said, ignoring the siren call of his easy enjoyment of America, where he feels so much at home as he showed while fulfilling media duties in New York.

That focus and tenacity are among the qualities that his Mercedes team chief Toto Wolff highlighted when he described him a "class act" and a driver who is "more complete than ever before."

Wolff also pointed out that Hamilton's level of performance was challenging the entire team to perform at higher levels. He added that this title scrap is "far from over" and that past results in Austin will "have no impact" this weekend. "Everyone knows that we cannot take anything for granted, so we will be as diligent as ever, keep our heads down and work hard to get a good result in Texas," said Wolff, adding that Ferrari will push until the final corner.