Motorcycling wunderkind revving up for next world title 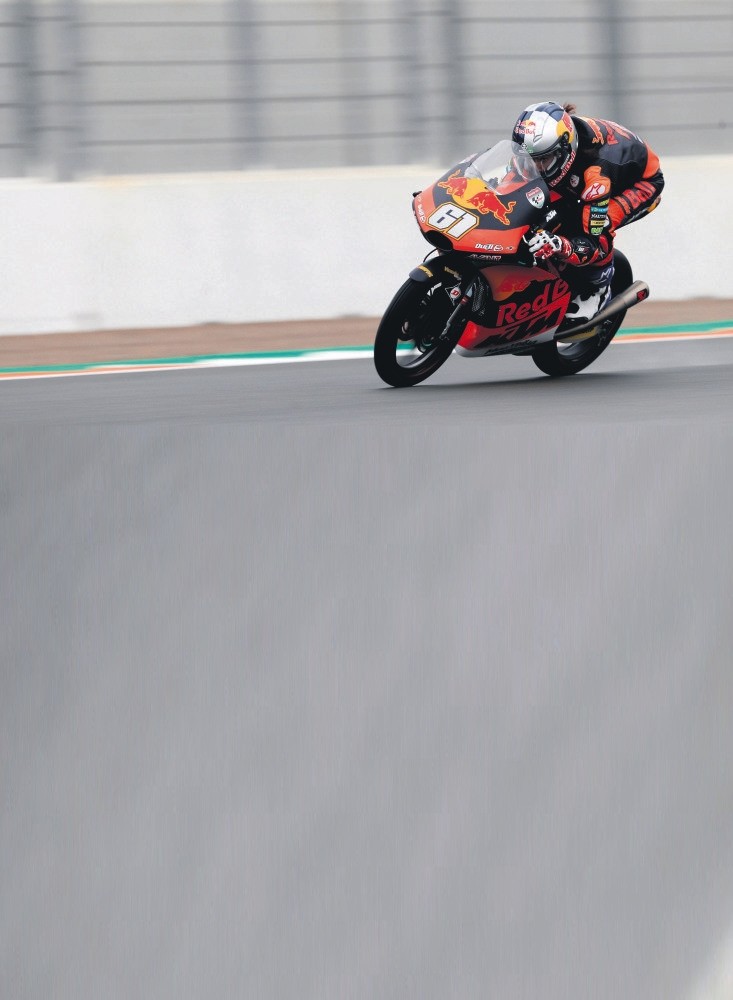 Can Öncü, a 15-year-old who became the world's youngest and first Turkish rider to win Moto3, braces for his next world title in Spain's FIM Junior World Championship. Öncü says his biggest ambition is to win MotoGP, one of the most prestigious events in motorsports

Back in Spain after his stunning win last week, Can Öncü and his brother Deniz, will compete in the FIM Junior World Championship this weekend. At 15, Öncü became the winner of the Moto3 contest in Valencia on Nov. 18, a double title as he was the both the youngest winner and the first Turk to secure victory in the race.

In the last leg of the FIM championship on Nov. 25, the Öncü brothers will compete in the four-kilometer-long Ricardo Tormo Circuit after qualifying rounds on Saturday. Ahead of the 18-lap race, Can Öncü is in eighth place with 69 points in the tournament, while Deniz Öncü secured 13th with 39 points. 18-year-old Raul Fernandez of Spain is the current leader in the Junior Championship in general standings with 180 points.

Öncü made his debut at the season-ending Valencia Grand Prix in Spain last week and benefiting from crashes in front of him on a wet track, he rode to victory after starting fourth in the race. His miraculous win despite an almost crash in the final lap and only four seconds in front of 2018 champion Jorge Martin drew praise both in Turkey and motorcycling world. He broke the record held by British rider Scott Redding since 2008 as the youngest rider. Öncü has already secured the top title in Red Bull MotoGP Rookies Cup this season.

Speaking to Anadolu Agency (AA) ahead of the weekend race, Öncü said his role models were Kenan Sofuoğlu and Toprak Razgatlıoğlu, two Turkish riders behind Turks' success in the motorcycling racing world in recent years. "I want to be world champions like them. My biggest goal is to win MotoGP," he said. Kenan Sofuoğlu, who quit his riding career to be a lawmaker, is credited for the Öncü brothers' success. "We were doing supermoto when we met brother Kenan. He had won the world championship title then. He told us to switch to circuit races. I know now how good his advice is. He is a five-time world champion, and we are his students," he said, praising Sofuoğlu for his ever-continuing support. "He always calls us even if he is too busy. He helps us with our future plans," Can Öncü said.

The young racer and his twin brother were first introduced to motorcycles at the age of four when their father bought them small motorbikes made for children. "We used to try to ride small motorbikes we saw in a store near our school. One day, our father decided to buy them as a birthday gift," he recounts. On his first win in Moto3, Öncü said, "the smartest, not the fastest" win in wet circuits. "My rivals made mistakes and crashed. I had same times with them in every lap but I got ahead," he said.