Vonn wins bronze medal in the final race of her career 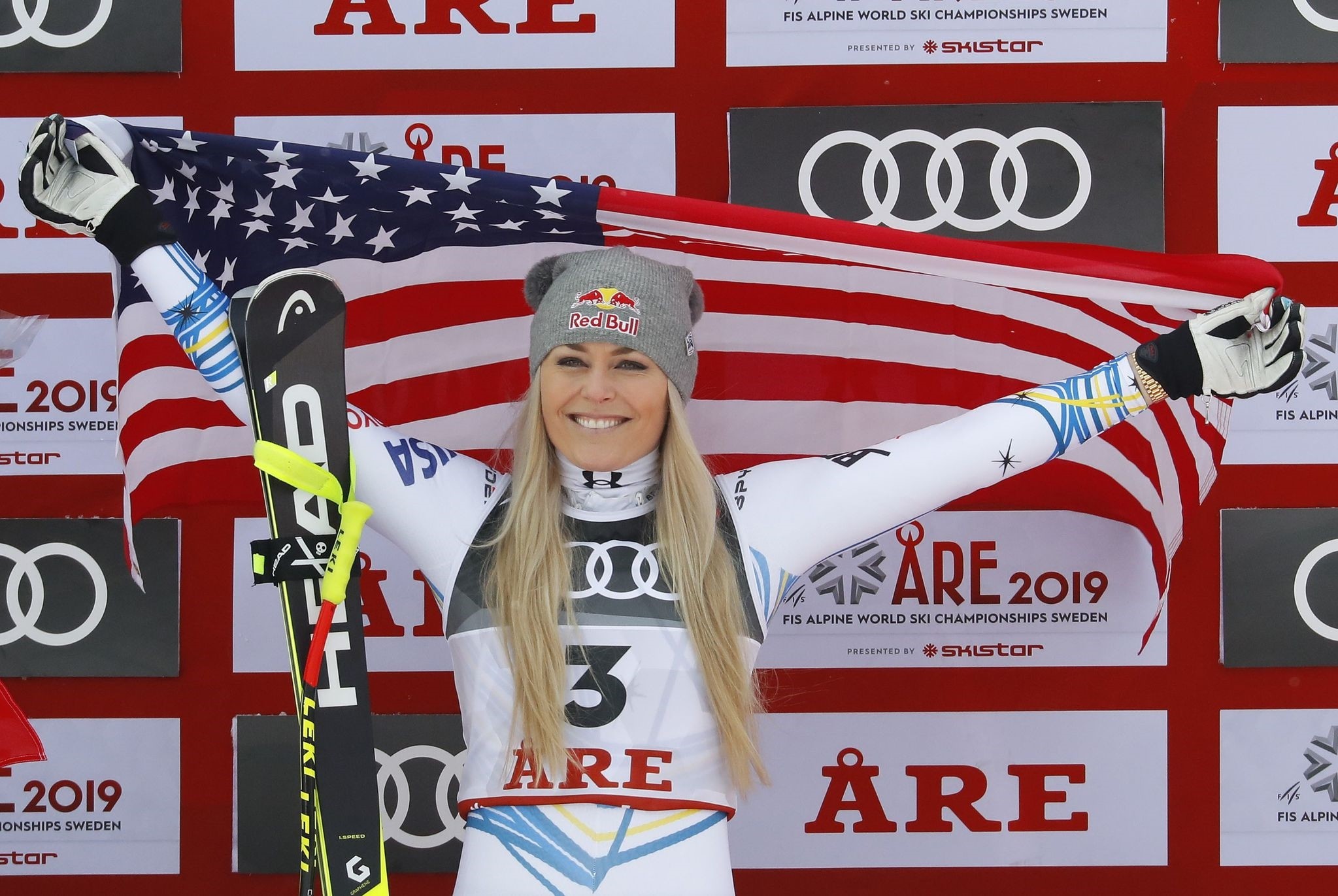 One last comeback complete. One last medal. Five days after crashing in super-G, Lindsey Vonn bounced back to win the bronze medal in the world championship downhill yesterday in the final race of her career. "I laid it all on the line. That's all I wanted to do today," Vonn said. "I have to admit I was a little bit nervous, probably the most nervous I've ever been in my life. I wanted to finish strong so badly."

It's a medal that brings Vonn full circle: the American's two silvers at the 2007 worlds on the same course in Are were the first two major championship medals of her career.

When Vonn crossed the finish line she had a big smile on her face, waved and bowed to the crowd. Vonn had been planning on retiring in December but she recently moved up her retirement plans due to persistent pain in both of her surgically repaired knees. She then crashed in Tuesday's super-G , coming away with a black eye and a bruised rib. "Thank You Lindsey: Forever A Star," read one sign positioned by the side of the course.

As soon as she exited the finish area, Vonn embraced Swedish great Ingemar Stenmark, the only skier to win more World Cup races than Vonn, 86 to 82. Ilka Stuhec of Slovenia defended her title from the 2017 worlds, finishing 0.23 seconds ahead of Corinne Suter of Switzerland and 0.49 ahead of Vonn.

Vonn becomes the first female skier to win medals at six different world championships. It's also her fifth downhill medal at worlds, matching the record established by Annemarie Moser-Proell and Christel Cranz. Four U.S. flags were in the grandstand when Vonn came down and there were quite a few cheers when she started her run wearing a suit with blue-and-yellow trim, Sweden's colors, to honor Stenmark. One Italian competitor bent down to the snow at Vonn's feet when Vonn was still in the leader's throne.

At 34 years and 115 days old, Vonn also became the oldest woman to win a medal at a worlds, eclipsing the record set by Veronika Velez-Zuzulova in the mixed team event in 2017 at 32 and 214 days.