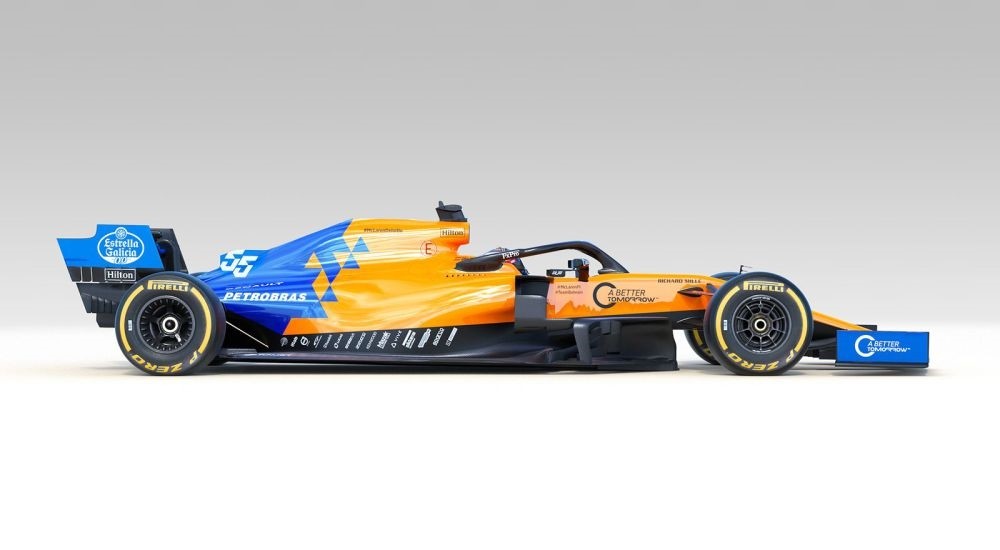 Spanish driver Carlos Sainz got into the Valentine's Day spirit by declaring 'love at first sight' Thursday as McLaren showed off their 2019 Formula One car and line-up.

The blue and papaya orange MCL34 car was unveiled by 34 team employees at the former champions' Woking headquarters before Sainz and 19-year-old British rookie team mate Lando Norris stepped up to admire it. "I like the new colours. My team mate, I'll see in a couple of months if I like him," joked Sainz, 24, who has joined from Renault.

The pair, replacing Fernando Alonso and Stoffel Vandoorne, are McLaren's first all-new driver line-up in 12 years and former reserve Norris, 19, is the Renault-powered team's youngest ever driver. "I've got a lot to live up to," said the teenager. "There is a lot on my shoulders, a lot of people relying on myself and Carlos."

McLaren, the once-dominant team of champions like Ayrton Senna and Alain Prost, have not won a race since 2012 or a championship since Lewis Hamilton's first in 2008. They finished sixth overall last year, an improvement on three years with Honda in which they plumbed the depths of disappointment. The overall position was flattered, however, by Force India being stripped of all their points and being replaced by Racing Point, and McLaren still have a long way to go to catch the sport's top manufacturer teams.