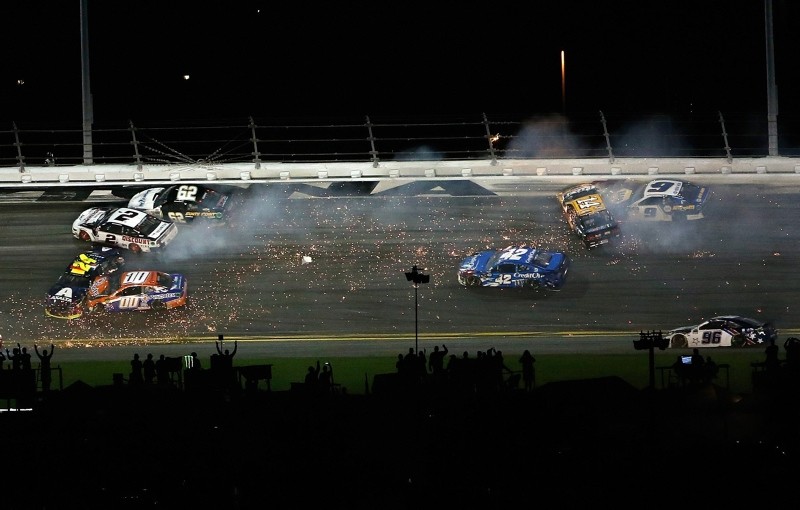 The Daytona 500 has turned into a wreck-fest. "The Great American Race" had five crashes and two red flags over the final 20 laps of regulation. The race is now headed to overtime.

Paul Menard triggered a 21-car accident shortly after a restart with 10 laps to go in "The Great American Race."

The Big One strikes in the closing laps at @DISupdates.#DAYTONA500 pic.twitter.com/wBHo7EH6Ok

Menard turned Matt DiBenedetto, who slammed into the wall and started a chain-reaction that collected more than two dozen cars. It brought out a red flag that stopped the race for a lengthy cleanup.

Menard said "I'll take the blame for that one."

Almirola seemingly had the wildest ride, his back wheels getting lifted off the pavement and landing on David Ragan's windshield.