Mercedes' Bottas out for Baku revenge 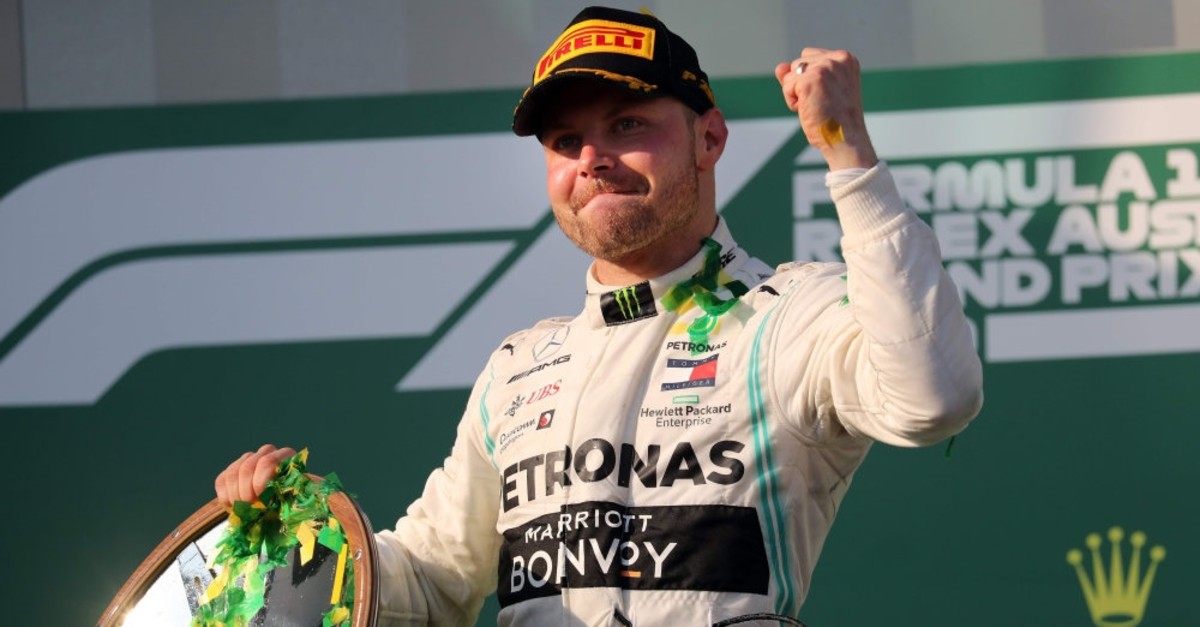 Mercedes' Finnish driver Valtteri Bottas celebrates on the podium after the Formula One Australian Grand Prix in Melbourne on March 17, 2019.
by Apr 25, 2019 12:10 am

Valtteri Bottas has a score to settle as he heads into Sunday's Formula One Azerbaijan Grand Prix determined to make up for a lost win and regain the championship lead from Mercedes team mate Lewis Hamilton. The Finn was leading around the streets of Baku last year when a puncture three laps from the end handed victory to Hamilton instead. The Briton went on to win 10 more races on his way to a fifth title while Bottas ended the season demoralised and with zero wins.

The 29-year-old has come back from the winter stronger and looking more of a match for his team mate, even if Hamilton has returned to the top of the standings after chalking up his second win of the season in China on April 14. "For sure I would prefer to still be leading but that's the situation now and if I keep performing well I can turn it around," said Bottas, who trails Hamilton by six points with 18 races remaining. "So that's going to be the goal for Baku," added the Finn, who was on pole in China but dropped behind Hamilton at the start.

Mercedes head into Sunday's race, the fourth since Azerbaijan joined the calendar in 2016, as favourites after three one-two finishes, the strongest start to a campaign since Williams in 1992. They have also won two of the three races in Azerbaijan, even if it has not been a particularly happy hunting ground for Hamilton. Last year's victory was his first podium appearance there. Nothing can be taken for granted at a circuit that has served up some thrillers in the past, mixing ultra-long straights and tight corners with no margin for error.

Like Bottas, Ferrari will also be hoping to make a statement. Already 57 points behind Mercedes in the overall standings, the pre-season favourites have a meagre haul of two third-place finishes from the first three races and cannot afford to lose any more ground. New recruit Charles Leclerc, smarting from being ordered to move over for four times champion Sebastian Vettel in China and denied a maiden Formula One win by engine trouble in Bahrain, will be especially fired up.