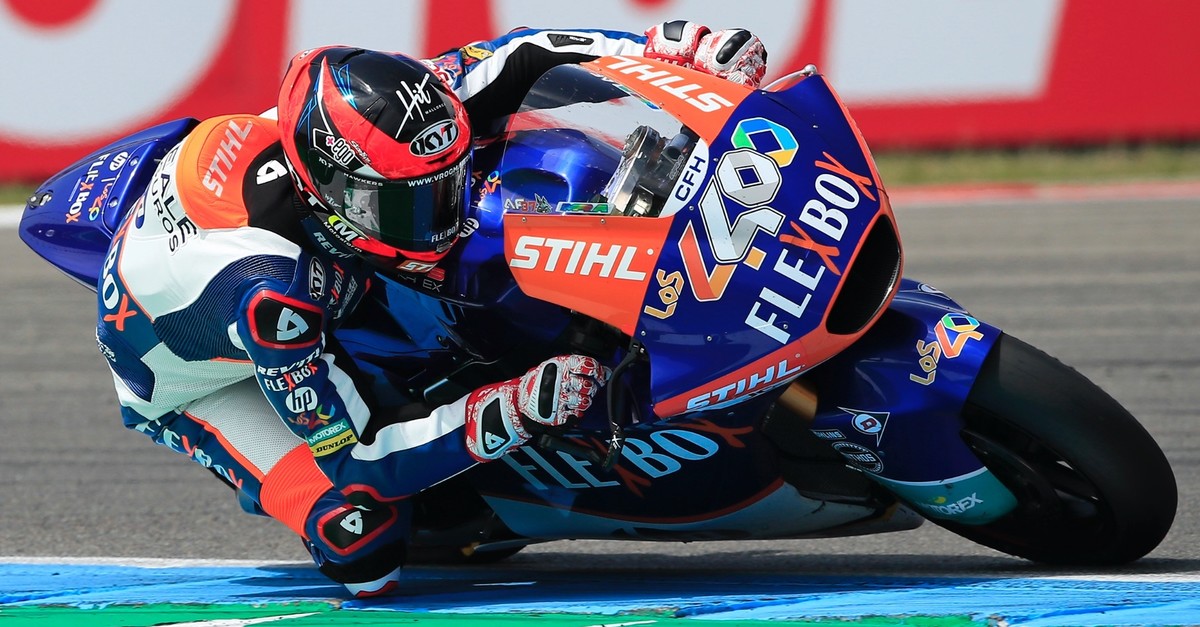 The 21-year-old Spaniard was left out in front to celebrate his debut win in the category after Baldassarri crashed into the championship leader in the closing laps.

The pair ended up in a heap on the gravel, Marquez's hopes of a fourth consecutive win dashed. Swiss rider Thomas Luthi who took fourth at Assen now leads the Moto2 standings on 117 points from Marquez on 111 and Fernandez in third on 92.