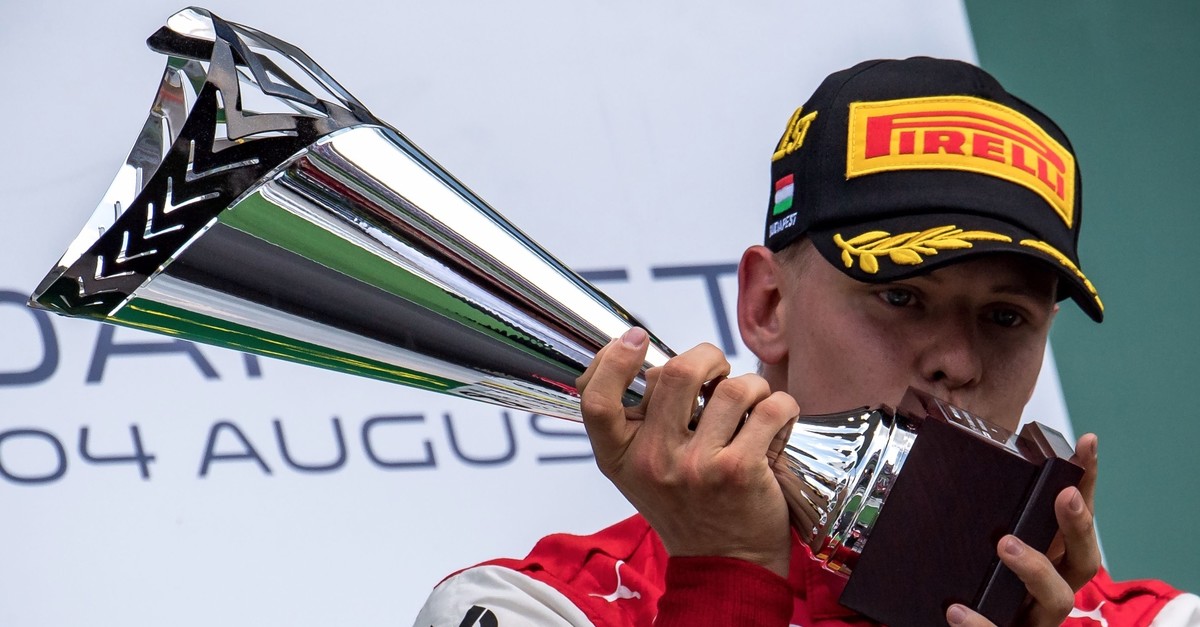 Mick Schumacher celebrates after winning the Formula Two championship race of the Hungarian Grand Prix in Mogyorod near Budapest, Hungary, Aug. 4, 2019.
by Aug 05, 2019 12:06 am

Mick Schumacher, son of seven-times Formula One champion Michael, took his first Formula Two victory in Hungary yesterday. The 20-year-old German started from pole position on a reverse grid after finishing eighth in Saturday's feature race and led all the way to the chequered flag at the Hungaroring, where his father won four times.

The Ferrari academy driver raised a huge cheer as he took the chequered flag in front of a crowd containing plenty of the Italian team's fans ahead of the Formula One race. "It is very special," he said of a win at the circuit where his father, who has not been seen in public since he suffered head injuries in a 2013 skiing accident, clinched his fourth title in 2001 with Ferrari. "My mother, my whole family is actually here; Mom, my sister and her boyfriend and my grandma as well," added a smiling Schumacher.

"I'm very happy that they are here and I've got support." Japan's Nobuharu Matsushita finished 1.4 seconds behind the Prema team driver after a race-long battle at a circuit where overtaking is always a challenge, with Brazilian Sergio Sette Camara third. Schumacher, last year's F3 winner and tipped for an eventual future in Formula One, had previously not finished higher than fourth in Formula Two. "Once you get that win in, it gives you more confidence to go into the next round," said Schumacher. "We had a lot of pressure... we had some strong performances but not enough points." The breakthrough victory comes after Schumacher drove his father's 2004 title-winning Formula One Ferrari in a demonstration at the German Grand Prix last weekend.