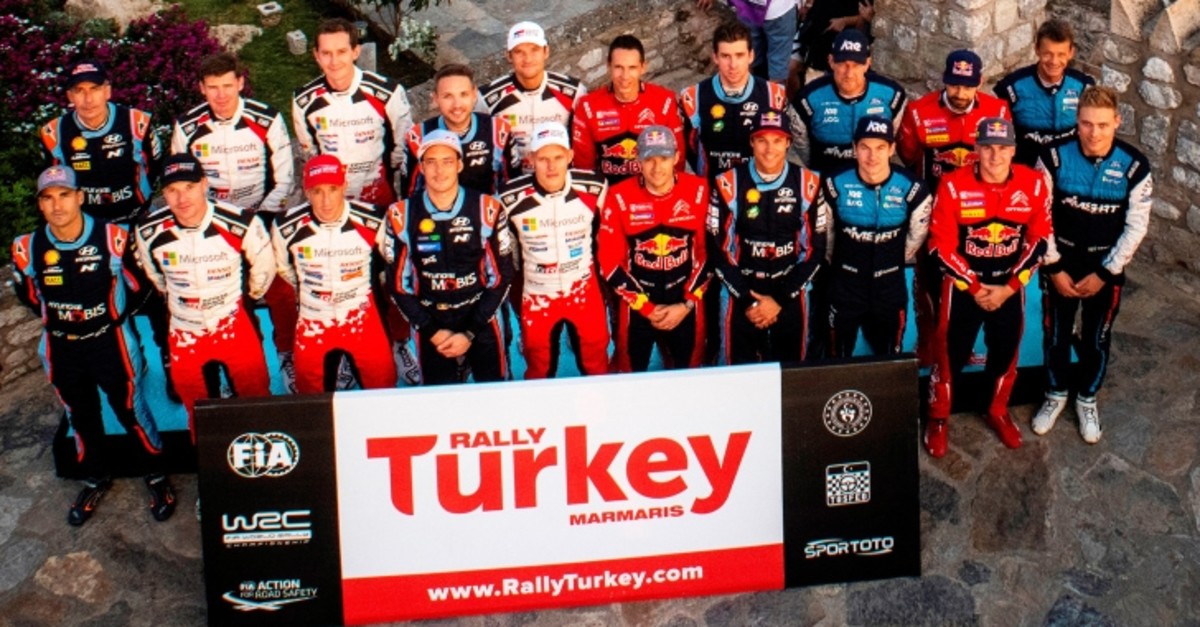 The best strategy for racers seeking first place in Rally Turkey 2019 would be "the steadier, the better," said the FIA World Rally Championship (WRC) ahead of Friday's action.

"Turkey is an old-school rough rally that's won as much with the head as with a heavy right foot," a report on WRC's official website said.

Contrary to the aggressive nature of rally racing, the technical, twisty and rocky roads of the Turkish stages make crews take a more conservative approach. This was how Ott Tanak became last year's winner in his relatively low-pace Toyota Yaris, keeping a stable car and staying on the middle of the road.

Oppressive temperatures will also be a trying factor for racers, who will need to keep their engines and tires from overheating as lower speeds will translate into fewer chances for natural cooling.

It will be the competitors' abilities to manage these difficulties that will determine whether Tanak will remain on top with his "steady" strategy, or be bested by one of his opponents for the championship battle. Meanwhile, Toyota, championship leader Tanak's team, announced yesterday they would make "big" changes on the suspension set-up to gain more speed ahead of the competition.

"We accepted we weren't fast, but we understood the others could run into trouble," Toyota's chief engineer Tom Fowler explained why they decided to forgo a set-up change in the middle of the rally last year.

"That won't happen this time," Fowler said, adding, "The other teams have learned about this rally and they'll be ready for it. We can't and won't rely on bad luck or poor reliability from the others."

Tanak's possible win in Marmaris is also important for team Toyota (281 points) to close the eight-point gap with leader Hyundai (289 points) in the manufacturers' championship or even take the lead.