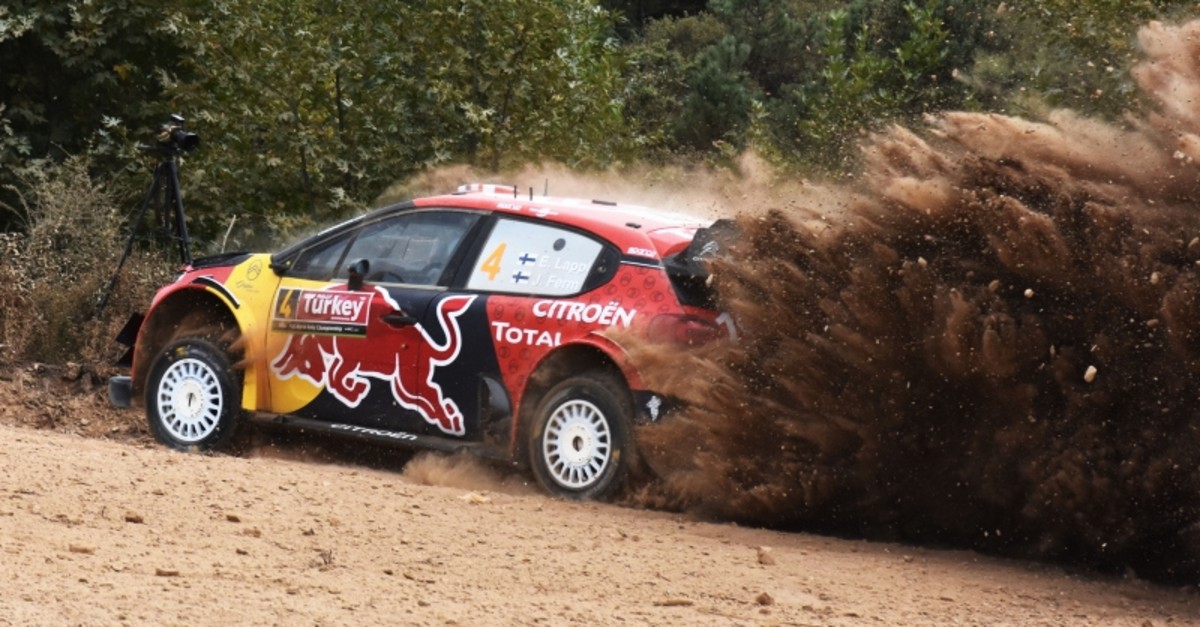 "They were tricky and slippery stages. We managed it well. The car has been strong. Seventeen seconds is a lot in Finland, but one minute is not so much here!" said Lappi.

The championship challengers Sebastien Ogier closed the day as the second fastest, Thierry Neuville finished just behind in third , while the champion leader, Ott Tanak, slipped to eight .

Like Ogier, Neuville kept his title hopes alive with a stage win and third overall.

The rain started at Rally Turkey while drivers were running SS6. The Ula (SS7) stage experienced more rain after the afternoon restart and a heavy storm.

"First I think that it was okay and then it became muddy, it was quite slippery," he added.

He said that he locked the wheels on the brake at the end of the stage where he had to go deep downhill.

Drivers completed Içmeler, Çetibeli -- the longest stage of the weekend -- and Ula stages twice on the first day.

After topping the SS2 and SS4 in his Toyota Yaris, Jari-Matti Latvala dropped six spots in the overall standings. Lappi was the fastest in the SS3, while the other Toyota driver Kriss Meeke, who is racing for the first time in Marmaris, led the SS5. Neuville finished the SS6 in first row.

Here are the leading times of the first day: