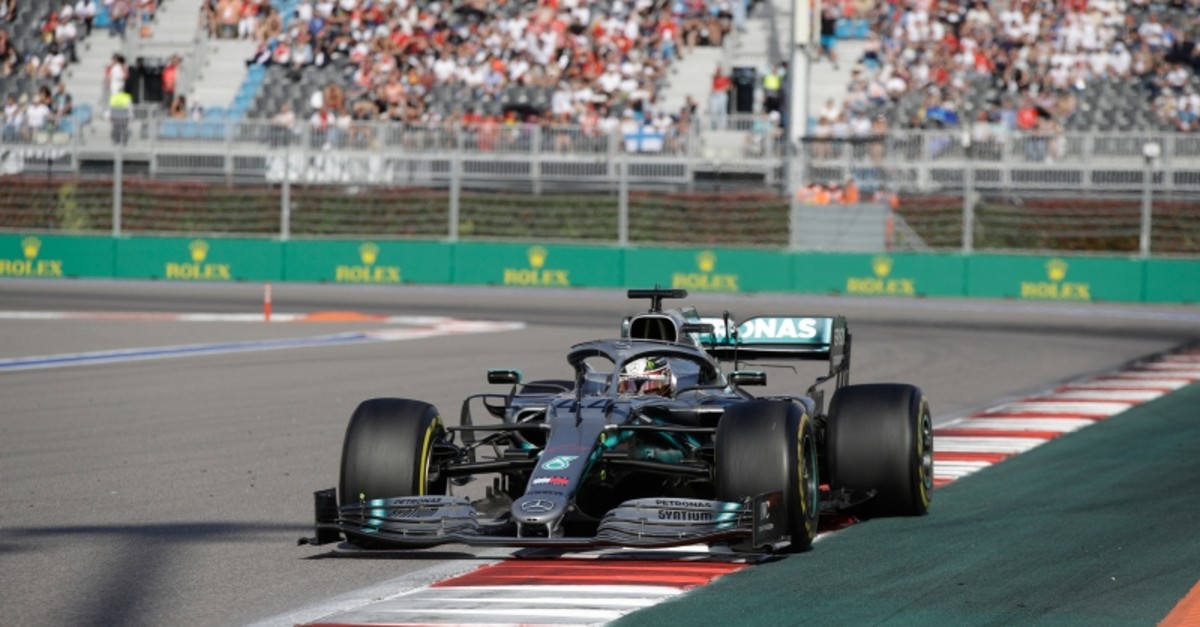 Mercedes driver Lewis Hamilton of Britain steers his racer during the Russian Formula one Grand Prix, at the 'Sochi Autodrom' Formula One circuit, in Sochi, Russia, Sunday, Sept. 29, 2019. (AP Photo)
by Sep 29, 2019 3:59 pm

Formula One world champion Lewis Hamilton won the Russian Grand Prix in a Mercedes one-two on Sunday to end resurgent Ferrari's run of success and stretch his lead to 73 points with five races remaining.

Ferrari's Charles Leclerc finished third after an early team orders controversy with Sebastian Vettel, whose retirement on the 28th of 53 laps brought out a safety car that cemented Hamilton's lead.

Ferrari had won the previous three races but Mercedes retained their unbeaten record in Russia dating back to the first race in Sochi in 2014. The victory was the 82nd of Hamilton's career and ninth of the season.