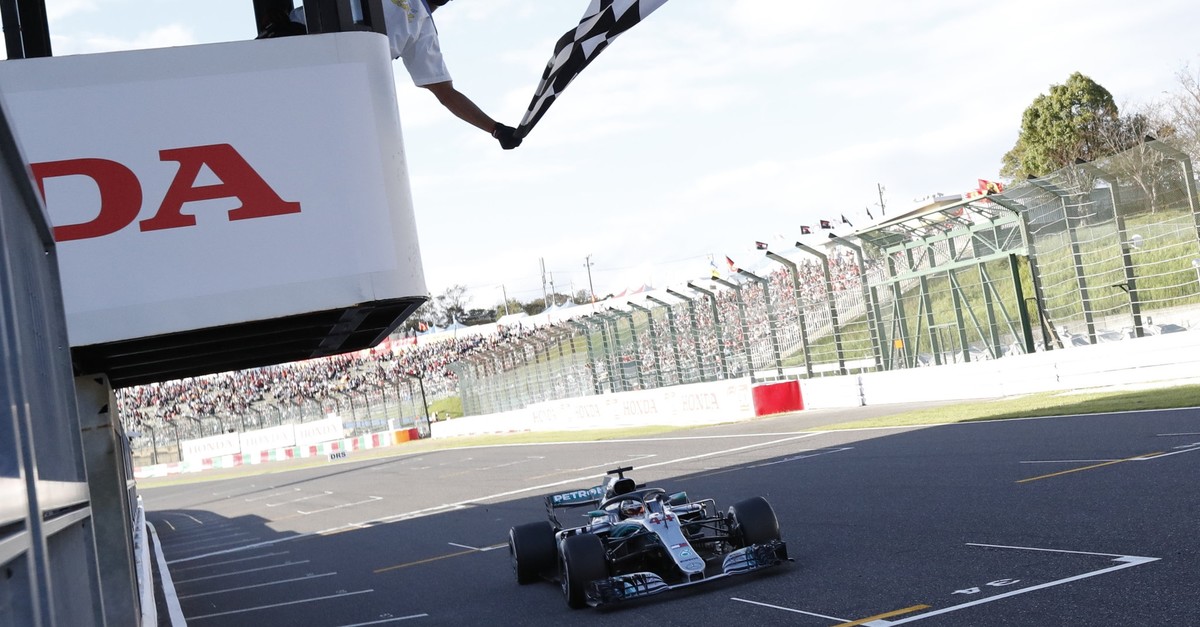 As the threat of a typhoon looms over this weekend's Japanese Grand Prix, Lewis Hamilton eyes a sixth title.

Hamilton has a commanding 73-point lead over teammate Valtteri Bottas with five races left. Given Hamilton's success at the 5.807-kilometer (3.608-mile) Suzuka circuit, the odds are clearly in his favor. Hamilton has won here in four of the last five races. "The races are counting down but we are just trying to take things one race at a time, put one foot in front of the other and not stumble," said Hamilton, who is coming off a win in Russia. "When you have a battle like this, you're working flat out, turning over every stone and questioning every little thing you can do better."

If Hamilton is able to win this weekend, he will equal Michael Schumacher's record for the highest number of wins at the Japanese GP with six. Hamilton won with McLaren in 2007 and with Mercedes in 2014, 2015, 2017 and last year.

Meanwhile, Japan's weather agency has warned that Typhoon Hagibis is expected to make landfall on Japan's main island over the weekend with Suzuka potentially taking a direct hit. Current forecasts suggest Hagibis will reach Japan's shores on Saturday, when final practice and qualifying are due to take place.

The Japanese GP will also see the next chapter in the ongoing drama at Ferrari. Team strategy in the last two races in Singapore and Russia has resulted in some awkwardness between Sebastian Vettel and Charles Leclerc. In Russia, the Italian team threw away a possible one-two finish after Vettel broke down and Leclerc dropped from first to third after a pre-race agreement went awry. In Singapore, Vettel won ahead of Leclerc after an early pit-stop allowed the German driver to pass Leclerc, who started on pole and was seeking his third straight win. While the two drivers have been diplomatic in their public statements, comments over the team radio suggest otherwise.

Leclerc played down any notion of a rift on Thursday. "Obviously there was some misunderstanding from the car, but I think we've had a discussion and everything is clear now," Leclerc said. "Obviously it felt like it was a huge deal from the outside, which it definitely wasn't, but now everything is fine."

Japanese fans have always enthusiastically supported the race and will get an added bonus this year. For the first time since 2014, a Japanese driver will drive an F1 car at Suzuka. Naoki Yamamoto will make his Formula 1 debut driving for Toro Rosso in the Friday's first practice session. Yamamoto will replace Pierre Gasly in FP1, fulfilling Honda's desire for a local driver to take part in the event the company supports financially.