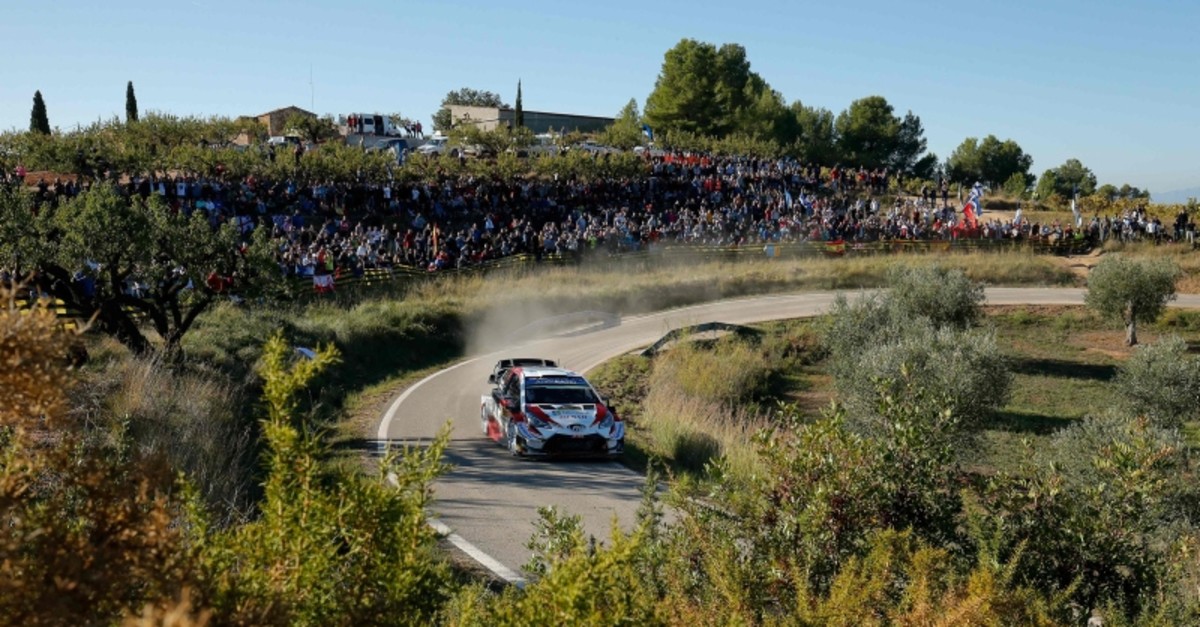 Ott Tanak sealed his first World Rally title when he finished second to Thierry Neuville in the rally of Catalonia on Sunday. With one race to come in Australia, from 14 to 17 November, and a maximum of 30 points to be won, Tanak can no longer be caught in the driver standings.

Tanak was ecstatic about breaking 15 years of French domination. "Feels good," said the Estonian after winning the final power stage. "It's difficult to say the pressure I felt this weekend - it was next level." Tanak's second place on Sunday and his victory in the final power stage put him 36 points ahead of Belgian Thierry Neuville.

"To manage all this and get through it has been the target of my life," Tanak said. "When you are on the verge of this you cannot imagine it." "I never wanted to take risks but my mother said yesterday evening that if I want something I can make it happen. I just had to make it happen." Tanak is the first non-Frenchman to win the title since Norwegian Petter Solberg in 2003. Sebastien Loeb won it nine years straight with Sebastien Ogier winning the last six. The battle for second and third in the championship will continue in Australia.

Neuville, who drives a Hyundai, jumped to second in the standings, ahead of six-time defending champion Sebastien Ogier who is in his first season back at Citroen. "We did what we could this weekend," Neuville said. Neuville's victory and the third place of Spanish team-mate Dani Sordo increased Hyundai's lead over Toyota in the manufacturers' ranking from eight to 18 points.

At 45, former champion Loeb finished fourth in a Hyundai in his fifth drive of the season.