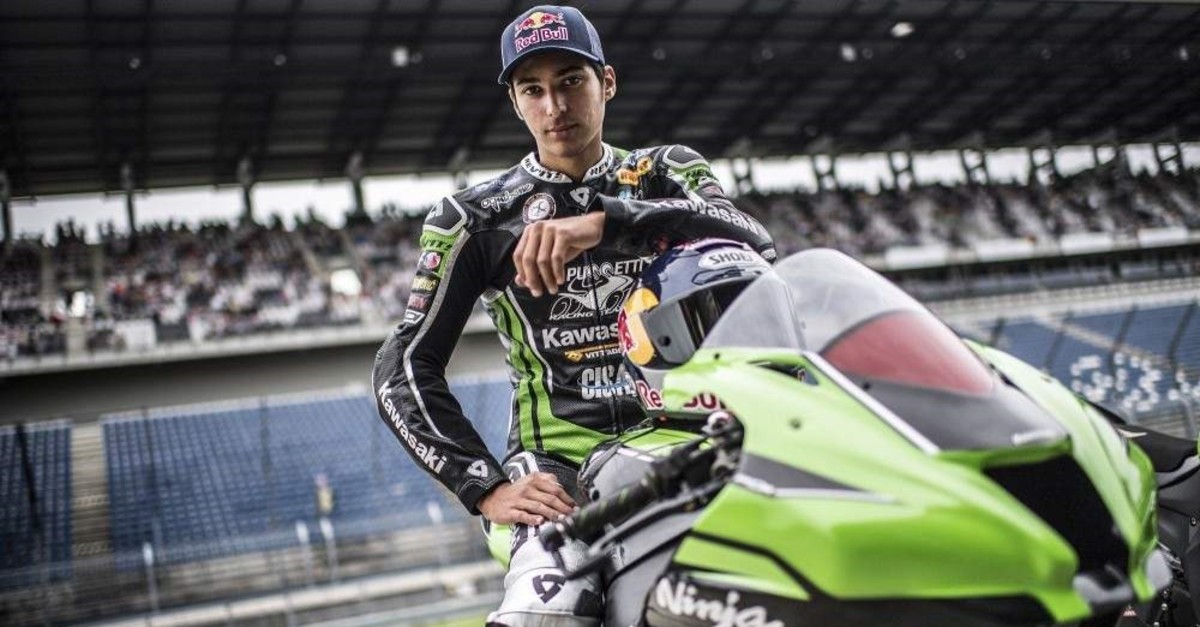 Razgatlu0131ou011flu enjoyed multiple season highs but failed to make it to the top three. (IHA Photo)
by Daily Sabah Nov 04, 2019 3:47 pm
Having ended the 2019 World Superbike Championship in fifth place, Toprak Razgatlıoğlu has begun training for the next season determined to rise in the ranks.
The rising star of Turkish motorsports started the season coming in at sixth place in the first leg, which took place in Australia, but failed to complete the second round due to technical issues. His best performances this season occurred in Italy and the UK, where he secured second place in the second round of the seventh leg and the second round of eighth leg, respectively.
Razgatlıoğlu also made history as first Turkish rider to come second-place at the World Superbike Championship during the first round of the first leg in France.
Razgatlıoğlu expressed frustration that the season got off to a poor start, stating that this was why “things went downhill from there.” Speaking to Anadolu Agency (AA), Razgatlıoğlu said it was only when he came in third place during the Italian leg that things started to improve. “I still had a first rank and that was what I aimed for. I will return stronger next season,” he claimed.
Last Update: Dec 20, 2019 1:26 am
RELATED TOPICS