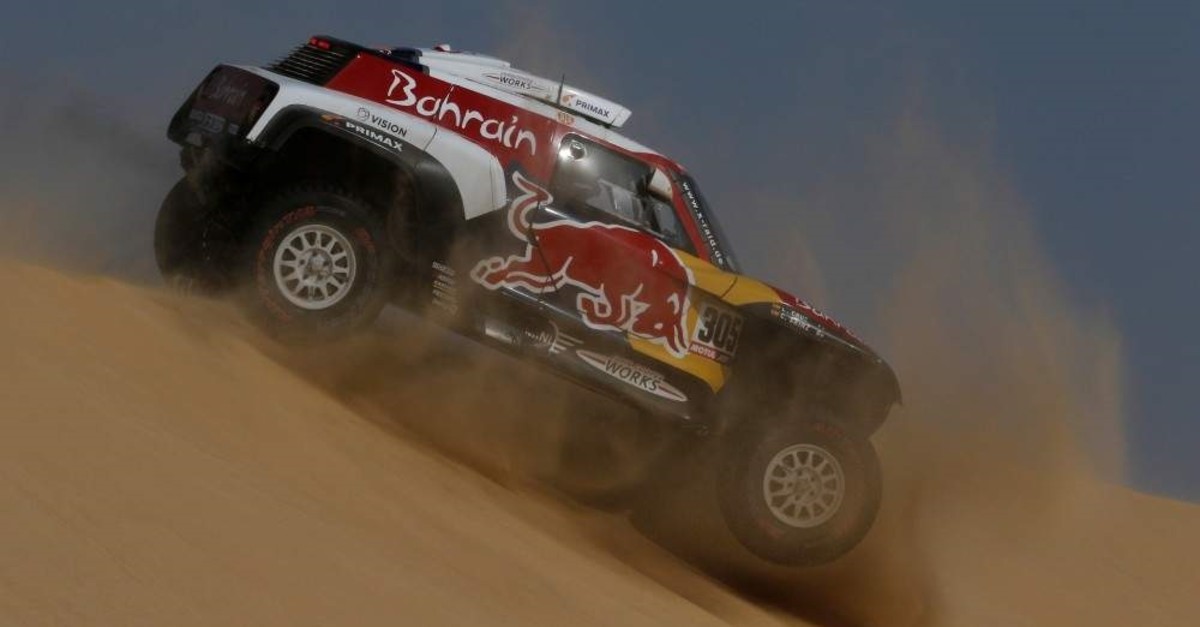 Peterhansel, who has won the Dakar 13 times (seven times in a car and six times on a bike), finished 11 minutes, 48 seconds off Sainz's pace, while Qatar's Al-Attiyah was further back, at 17:46. The result means Sainz, with two stages to go, now sits 18:10 ahead of Al-Attiyah and 18:26 in front of Peterhansel. Dakar debutant Fernando Alonso, the two-time former Formula One champion, lost more than an hour after double rolling his Toyota, an accident that saw the Spaniard carry on driving with no windscreen.