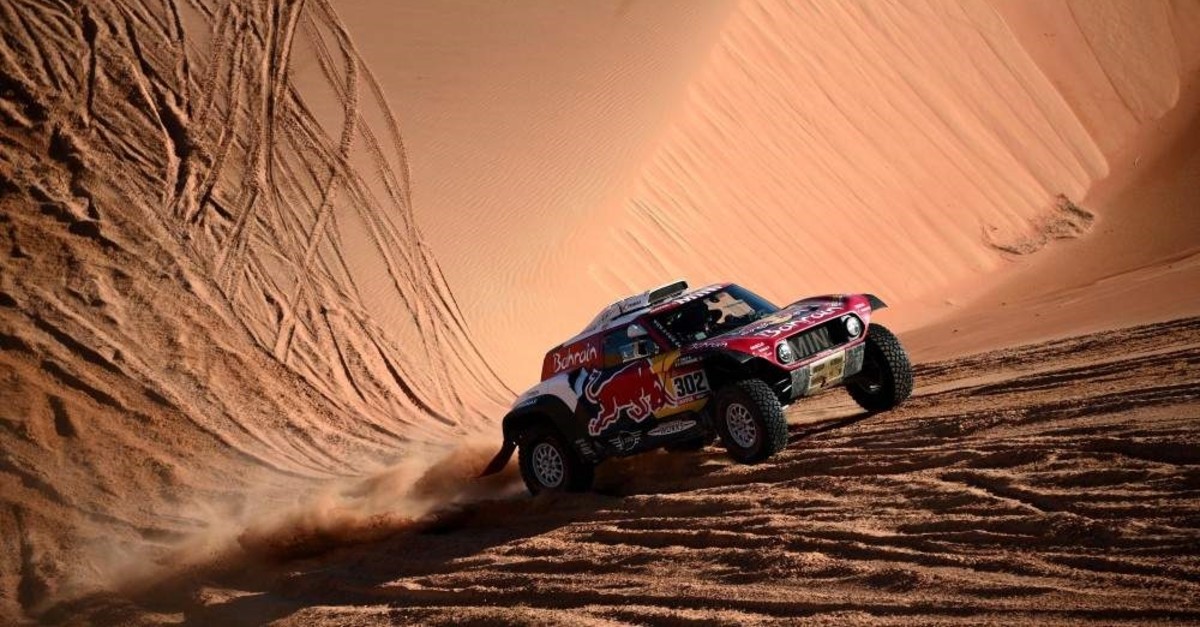 Stephane Peterhansel and his co-driver Portuguese Paulo Fiuza compete during the Stage 11 of the rally between Shubaytah and Haradh, Saudi Arabia, Jan. 16, 2020. (AFP Photo)
by Jan 16, 2020 7:46 pm

Stephane Peterhansel snatched a dramatic 11th stage of the Dakar Rally on Thursday when he pipped Nasser Al-Attiyah to the line by just 10 seconds. Frenchman Peterhansel won his fourth stage of this year's race in his Mini ahead of Toyota's Al-Attiyah in Haradh, and finished more than eight minutes ahead of overall leader and teammate Carlos Sainz. "We fought hard, we pushed all day long and we gained some time, but not enough. Now, if Carlos can bring it home, it'll be great for the team," said Peterhansel.

Sainz, 57, remains 10 minutes, 23 seconds ahead of Peterhansel, who is third in the overall standings going into Friday's final 374-kilometer stage between Haradh and Qiddiya, and the Spaniard is still on course for his third Dakar victory. "Just one day to go. I'll keep an eye on the gaps and stay focused for tomorrow," said Sainz. However 'Mr. Dakar' Peterhansel, who has won the rally 13 times (seven in a car, six on a bike), is just six seconds behind Qatari defending champion Al-Attiyah, who sits second.

On the bikes, Pablo Quintanilla won the 11th stage by just nine seconds ahead of Red Bull's Matthias Walkner, significantly closing the gap between him and overall leader Ricky Brabec, who finished the stage 11 minutes, 48 seconds back in tenth. Chilian Quintanilla is however still nearly 14 minutes behind Brabec going into the final stage.

"I'm really happy with this stage. It is always a nice feeling to win a stage. It was really difficult and I gave it my 100% from the beginning," said Quintanilla. "I took back a lot of time from Ricky, but there is still a bit difference between us. We still have a few kilometers to push tomorrow."