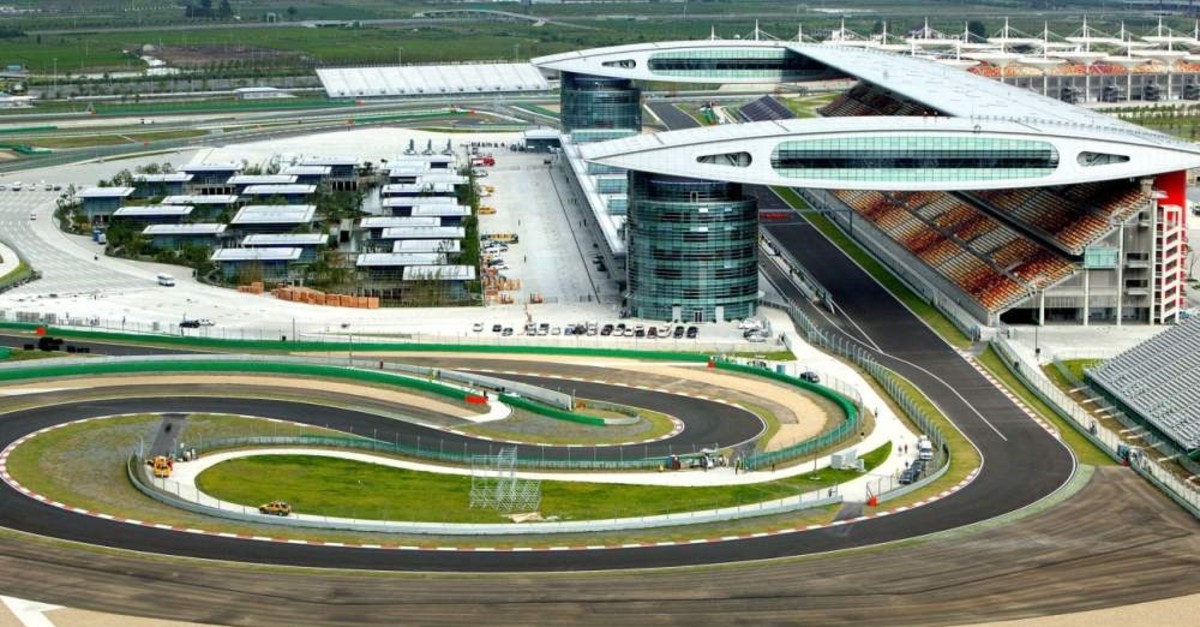 An aerial view of the Shanghai International Formula One Circuit in China. (Reuters Photo)
by Compiled from Wire Services Feb 12, 2020 5:29 pm

Formula One's governing body has postponed the Chinese Grand Prix scheduled for April in Shanghai, the latest sporting event impacted by the fast-spreading viral infection in the country

The Chinese Grand Prix scheduled for April 19 has been postponed because of the "continued spread" of the deadly coronavirus, the motorsport's governing body FIA announced Wednesday.

The FIA said promotors of the Shanghai race had requested a postponement "in view of the continued spread of the novel coronavirus," now named COVID-19.

"As a result of continued health concerns and with the @WHO (World Health Organization) declaring the coronavirus as a global health emergency, the FIA and @F1 Formula 1 have taken these measures in order to ensure the health and safety of the traveling staff, championship participants and fans."

The Shanghai race, the fourth of the new season, becomes the latest – but easily the most high-profile – sports event to fall victim to the virus outbreak which has killed more than 1,100 people in China, where it emerged at the end of last year. The postponement also throws into doubt the inaugural race in Vietnam, which takes place two weeks before but where there have also been cases of COVID-19.

"The FIA and @F1 continue to work closely with the teams, promoter, CAMF and local authorities to monitor the situation," the FIA said in relation to the Shanghai postponement. "All parties will take the appropriate amount of time to study the viability of potential alternative dates later in the year should the situation improve."

That could prove tricky with FIA organizing a record-breaking 22 Grand Prix this season, including the Shanghai race.

FIA added: "The Chinese Grand Prix has long been an important part of the F1 calendar with many passionate fans. The FIA F1 community looks forward to racing in China as soon as possible and wishes everyone in the country the best during this difficult time.

"The global situation regarding this virus will continue to be monitored by the FIA with regard to other motorsport events."

Mercedes team principal Toto Wolff, speaking in London on Monday, said not going to Shanghai would be a "shame." "We had full grandstands last year," he said, adding that China was beginning to become a "really important market in terms of fan followership." "Not going there would not be great for the fans and ourselves, but health comes first."

China has been forced to cancel or put off a host of sporting events due to the coronavirus epidemic, from suspending all football in the country to postponing the first badminton tournament of the 2020 world tour season. The world's most populous country has increasingly become a powerhouse in hosting international sports in recent years but has had its sporting calendar thrown into chaos. Athletics' World Indoor Championships, scheduled for Nanjing between March 13-15, have been postponed for a year. The Chinese Formula E Grand Prix, due to take place in Sanya on the southern island of Hainan on March 21, was called off "after close consultation" with government authorities.