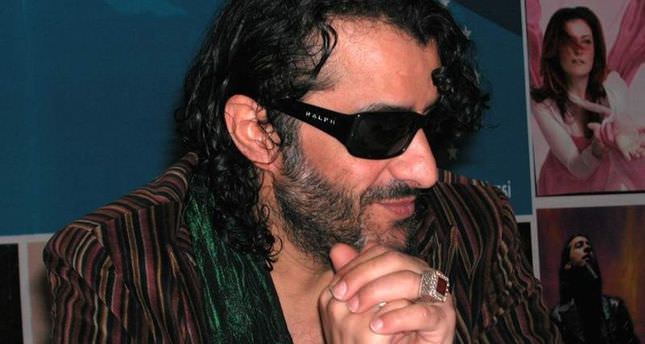 As part of the Avea Extraordinary Music Concerts, renowned musician Rachid Taha is set to stir up an Algerian storm tonight at the Istanbul Congress Center

ISTANBUL — Taha became popular with "Ya Rayah" harmonizing Rai music with rebellious rock and punk. He is also notable for performing "Abdel Kader" with Algerian musicians Cheb Khaled and Faudel Belloua. He won the hearts of music lovers with covers of the Clash song "Rock the Casbah" and "It's now or never." Apart from a musician, activist Taha aroused attention with "Voila Voila," criticizing escalating racism in France. The rebellious voice of Rai and Taha will continue to add different meanings to life. ?

Daily Sabah: What makes you different in your music?
Rachid Taha: The fact that I am nourished by my roots is what separates me from other music genres. If you know where you come from, you make a difference.
I never leave aside my origin and concerns. Besides, I am never indifferent to other styles. I harmonized punk and rock with the music I heard in the streets of Algeria. I chose the way in which I can express myself best. This is why I am different. ?

DS: How was Rai born?
RT: Born in the 1930s, Rai music became famous in the 1970s. As observed in Turkish culture, Rai first originated when poets were accompanied by musical instruments while reading poems. It is a form of music expressing a political stance or feelings on daily problems.
The word "Rai" refers to an opinion. To a certain extent, this genre reminds me of the blues. When it became popular among youth, it was banned by the Algerian Government until 1994. You could not listen to any types of Rai on the radio.
This is because many Rai musicians migrated to France. I think the history of Rai is somewhat similar to Turkish arabesque music. ?

DS: How do you describe the Rai style that you created?
RT: My music is a synthesis of Rai and punk. It just looks like a marriage between Egyptian Umm Kulthum and Elvis Presley or the Sex Pistols. I think it reflects my mood. ? DS: You called attention to racism with "Voila Voila." Were you ever faced with racism yourself when you first came to France? RT: As a foreigner, I suffered from all types of racism. I was 10 years old when I came to France where I could not even speak the language. Every melody I reflect or every word I say is what I feel. ?

DS: What are you protesting in your music?
RT: My biggest objection is against racism and discrimination. You have no chance but to rise up against racism when people you trust shake your confidence or when you are left alone. ?

DS: Would you call yourself rebellious?
RT: Sure, I am rebellious. If you make something different, you immediately receive reactions. I believe it is a virtue to accept differences. This is because I am against the concept of bias. ?

DS: What is the significance of the song "Ya Rayah" in your life?
RT: This song depicts the story of a wanderer and foreigner. "Ya Rajah" is an important song because it introduces a classical piece stuck in a geographical area of the world. ?

DS: You shared the same stage with other Arabian performers Khaled and Faudel. What brought you together?
RT: We all make the same music. It was a special project that brought us together. Khaled and Faudel are wellknown performers of Rai music. We went on a tour together and received very positive feedback. Music unites people. This is what we accomplished. ?

DS: You made covers of "Rock the Casbah" by the Clash and recently "It's now or never." Did you synthesize them with Rai?
RT: Yes. You will experience Rai when you listen to these songs. It is not possible to make a cover version without interpreting an original music piece. Have you ever heard the sound of a lute or goblet drum in "It's now or never" before? ? DS: You have been to Turkey before.

Are you happy being in Istanbul?
RT: Istanbul is such a magical and mysterious city whose one side belongs to the West, and the other is a part of the East. It literally looks like a bridge. Istanbul has an incredible panorama rich in colors and scents. I do like it here. ?

DS: Who is your favorite Turkish musician?
RT: I do not know Turkish musicians very well, but I enjoy listening to Turkish music. I share many aspects of Arabesque music. Even if I cannot understand the language, I clearly feel the rebellion and lively melodies in it. ?

DS: What do you think about the Arab Spring?
RT: Europe passed the cultural and industrial revolutions in pain. We are still witnessing their impacts. Besides, the outcomes of World War II have not been totally eliminated. The Arab world is now experiencing the same pain. Arab countries are still in transformation. I believe good things will happen. It is pathetic that women and children are the victims of this war. However, Arab women will be more powerful in the future.