The little orchestra that conquered the world 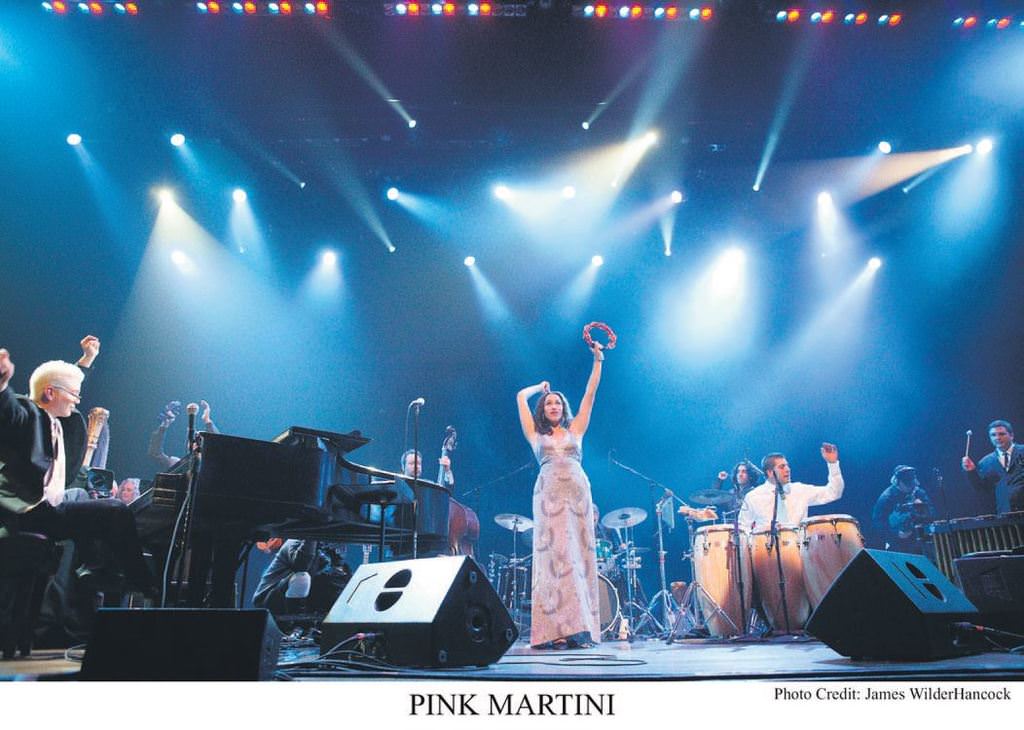 by Daily Sabah May 19, 2014 12:00 am
Founded in 1994 by Thomas Lauderdale to provide more beautiful and inclusive music for political fundraisers, Pink Martini is a small orchestra that features 10-12 musicians traveling the world. With its multilingual repertoire, Pink Martini has performed on concert stages and with symphony orchestras around the globe and this year the band is visiting Turkey to perform in Istanbul, Ankara and İzmir between May 22 and 25. Daily Sabah met up with the lead singer, China Forbes to discuss their latest album, "Dream a Little Dream" and her plans for the future.

Daily Sabah: You have just released a new album called "Dream A Little Dream" and you're going to perform in Ankara, Istanbul and İzmir but what do you remember most from your previous experiences in Turkey? China Forbes: We especially love to perform in Greece, Turkey and France just because we always have great communication with the audience with an incredible energy in Mediterranean countries. So, I always love to hang out with the band and our manager team Pasion Turca after performances for beautiful dinner attacks in Turkey and I always remember the delicious irmik helvası in Turkey too.

DS: Your latest release is a collaboration with the Von Trapps, so how do you describe your album "Dream a little dream"? CF: On our latest album all the young voices of Von Trapps as great grandchildren of Captain and Maria Von trap really excite us with their angelic voices but especially August has an original song called "Friend" and I love his energy on the song and I guess it's one of my favorites of the album. Our collaboration is full of nostalgic feelings again so it's a typical Pink Martini sound with life affirming tracks...

DS: What do you think "Von Trapps" contribute to the Pink Martini sound on the album? CF: I am so glad to have their energy on the songs because we have always collaborated with some singers who were in their retirement or even who were near death just like we collaborated Chavela Vargas and Phyllis Diller just before they died so I am happy having young voices on the album.

DS: Can we say that the title song "Dream A Little Dream" is a message very close to Pink Martini's goals? CF: Trying to chase any dream sure gives people an enormous energy to feel alive and we as a band love to come up with life-affirming feelings and of course when you dream you can make it if you really believe it...

DS: Do you think that people need to feel some hope through songs especially these days? CF: We all witness pretty bleak times in Syria, Greece and almost everywhere and the real challenge is to celebrate life even on these bleak times everywhere and Pink Martini's sound is to nourish some hope in tough times with some good music...

DS: Your music is a mix of different cultures but how do you describe your sound in your own words? CF: Our music is pretty nostalgic and we love to come up with gems of the past. In fact Thomas loves to rediscover the gems of past and he always comes up with some stars of the past to surprise us...

DS: What song would you dedicate to the audience in Turkey on stage? CF: My favorite is "Get Happy / Happy Days" are here again. I love that song and I love the energy it brings on stage, but I also love Amado Mio and I have been singing this song for almost 20 years and I would dedicate it to the audience too, because we already have formed a special bond with Turkish audience since 2001.