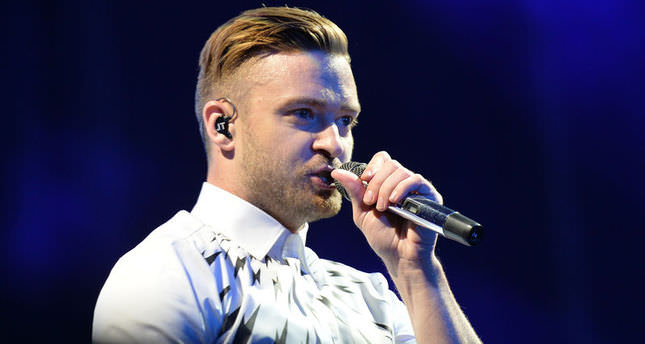 by Daily Sabah May 27, 2014 12:00 am
ISTANBUL — Justin Timberlake took the stage in Istanbul on Monday night where the world-renowned singer dedicated a song to 301 miners who lost their lives in the Soma mining disaster earlier this month.

Organized by BKM and Map Organization, Justin Timberlake performed a concert at Istanbul's İTÜ Arena as part of his 20/20 Experience Tour. There were queues of fans waiting at the stadium's door during the day, waiting to get a chance at good spots in the venue. Unlike his namesake, Justin Bieber who caused controversy when he posted a condolence message for the Soma disaster from his monkey's Twitter account, Timberlake's message on Soma was touchy and won the audience over. Timberlake dedicated his song, "Until the End of Time" to victims of the Soma mining disaster, asking the audience to lighten up the concert with their matches and lighters. Appearing on stage for the 64th time during his latest tour, Timberlake mesmerized his fans with a fantastic stage show and music. He started the concert with "Tennessee Kids," "Pusher Love" and "Rock Your Body." Staying on stage for two hours with a group consisting of 28 talented of dancers and musicians, Timberlake performed all of his most famous songs including "Cry me a River." Referring to how beautiful Istanbul is throughout the performance, Timbelrake also commemorated Elvis Presley and Michael Jackson by performing one song from each of the deceased stars. Turkish actors, singers and celebrities including Tolga Çevik, Ali Sunal, Ayşe Özyılmazel attended the concert. Justin Timberlake arrived in Istanbul two days ago and took a tour of the Bosporus and the historic peninsula of Istanbul.