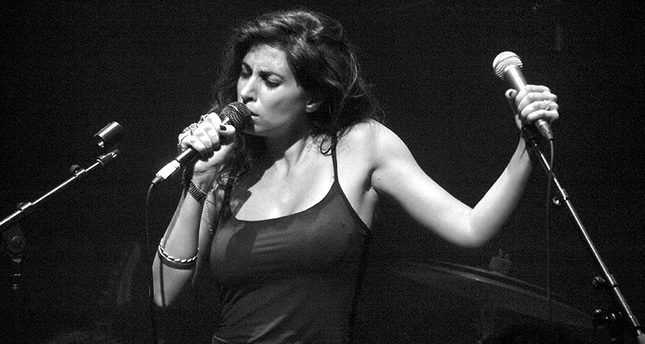 Akbank Sanat Manager Derya Bigalı said that Akbank Sanat prepared a rich program for jazz fans this year that reflects the various styles of jazz, including emerging musicians on the European jazz scene as well as legendary musicians. She said, "We are going to host four jazz masters at the festival this year that include performers who are hotlyanticipated in the country. Jamie Cullum, who is considered a jazz geniuse, is among the most important figures at the festival. This year we will watch the performances of two important musicians on the same stage - the Kenny Barron & Dave Holland duo will give an unforgettable concert to jazz lovers.

Christian McBride, who is regarded as one of the best living double bassists in jazz, and his group will be the guests of 24th Akbank Jazz Festival. And lastly, a brilliant jazz musician and an artist hotly anticipated in Turkey, Chet Faker is going to give a memorable concert." The festival program also includes important musicians from Poland such as Leszek Mozdzer and Marcin Masecki in relation to the 600th anniversary of Turkish-Polish diplomatic relations.

A Selection from the 24th Akbank Jazz Festival

Akbank Jazz Festival is hosting prominent jazz musicians for its 24th year. Jamie Cullum received many awards during his career at a young age including one Grammy and two Golden Globes, and charmed audiences at concerts he gave all around the world with his incredible energy. He will perform at the Zorlu Center on Thursday, Oct. 30 as part of the festival. Ibrahim Maalouf, a successful trumpeter who masterfully blends dozens of genres from rock to jazz, will perform at the Cemal Reşit Rey Concert Hall on Saturday, Oct. 25. The Australian composer and singer Chet Faker settled on his name in homage to the legendary jazz trumpeter Chet Baker and is regarded as one of the most original artists of electronica music today. His "Thinking in Textures" won the Best Independent Release at the Rolling Stone Australia Awards for 2012. Chet Faker will perform at Babylon on Saturday, Nov. 1 as part of his world tour for his album "Built on Glass" that he recorded in 2014, promising an unforgettable evening.

One of the most important contributions of Italian jazz to the music world, Mario Biondi is also on the program. His first album "Handful of Soul" was well-received by critics and impressed listeners with his emotional and warm voice, achieving four platinum records. Biondi will perform at Babylon on Friday, Oct. 24 on his world tour for his latest album, "Sun," which was released last year.

China Moses is the daughter of one of the most important living jazz vocalists, Dee Dee Bridgewater, and she enchants audiences with her moving voice and stage performance. She will perform songs from her latest album "Crazy Blues," recorded with pianist Raphael Lemonnier, at The Seed on Thursday, Oct. 23.

Brazilian-born singer and pianist based in Germany, Dillon, will appear at the festival on her world tour for her second album, "The Unknown,"
released in 2014. Dillon makes an impression on electro music fans as well as on pop and folk listeners with her melodic compositions. Dillon will perform her compositions that explore themes such as longing, love, loss, fear and desire at the concert she will give at Babylon on Friday, Oct. 31.
Sarp Maden, Engin Recepoğulları Trio, J'ZZ-XPR'SS, Istanbul Youth Jazz Orchestra, and Islandman will also be at the 24th Akbank Jazz Festival's Jazz from Istanbul section.

Sarp Maden, who has forged a unique style with his guitar tone and technique, proved with his albums that jazz is also about intellectual depth as much as emotion and will perform from his solo project. He will share the calm air of his improvisations with the audience at his concert at the Akbank Sanat stage on Friday, Oct. 24. Engin Recepoğulları performed at the 12th European Jazz Festival with the Open Jazz Orchestra that was formed by Claudio Fasoli and Antonio Zambrini. After these performances, he attended the Masterclass Summer Course in Siena, Italy with a scholarship he won after these performances. Engin Recepoğulları will perform with his trio at the Akbank Sanat stage on Saturday, Oct. 25.

J'ZZ-XPR'SS was formed with the initiation of trumpeter İmer Demirer in 2013 and will perform a repertoire that consists of original compositions and arrangements of well-respected instrumentalists and composers from the Turkish jazz scene including Emin Fındıkoğlu, Ali Perret, Aydın Esen, Çağlayan Yıldız, and Can Çankaya at Babylon on Sunday, Nov. 2. Reserve your ticket to this special concert of J'ZZ-XPR'SS if you want to witness a performance of the works of composers from Turkey who have distinct jazz stylings. The Istanbul Youth Jazz Orchestra was established with the sponsorship of Akbank, one of the long-standing corporate supporters of jazz in Turkey, and the orchestra continues on its journey under the conductorship of pianist, composer and educator Baki Duyarlar. The orchestra is big band, one of the common types of musical ensembles in jazz, and aims to broaden the horizons of Turkish jazz by presenting young Turkish musicians with unique opportunities to learn, perform, and introduce the original compositions of Turkish composers to jazz audiences. Made up of 17 young musicians, ranging in age from 19 to 25, the Istanbul Youth Jazz Orchestra will perform at the Caddebostan Culture Center on Monday, Oct. 27. Islandman is the solo project of Tolga Böyük, who made a name for himself with the band Farfara, and will be on stage at Babylon on Saturday, Nov. 1.
Last Update: Sep 18, 2014 10:39 am
RELATED TOPICS