Piano Days a joy to the ears 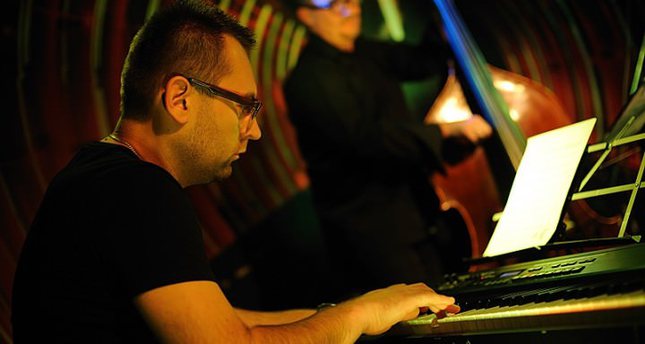 by daily sabah
Nov 13, 2014 12:00 am
The leading names of the piano world are visiting Istanbul for Akbank Sanat's Piano Days until Nov. 28. Poland's famous jazz ensemble, the RRG Trio is performing today. The RGG Trio was founded in 2001 by three students from the Music Academy in Katowice's Jazz Faculty - Przemyslaw Raminiakon on piano, Maciej Garbowski on double bass and Krzystof Gradziuk on drums. In 2003, Raminiakon left the group and was replaced by the young talent Lukasz Ojdana. The members of the RRG Trio explore the dimensions of acoustic jazz through improvisation. They released their latest album, "Szymanowski," in 2013. As a part of their world tour, they will be on stage at Akbank Sanat to encourage the audience to think while listening to their music. Their latest album addresses not only those who know the work of Karol Szymanowski, but also others who would like to discover the beauty of melodies and harmony. The RGG Trio will also perform the work of other composers along with Polish mazurkas and preludes.

Russian pianist Philipp Kopachevsky, a soloist with the Moscow State Academic Philharmonic Orchestra, will perform on Nov. 20. He will play works by well-known composers such as Shumann, Tchaikovsky, Schubert, Liszt and Chopin. Kopachevsky is a flourishing pianist involved in the Moscow State Academic Philharmonic's project, Stars of the 21st Century.

The Piano Days will end with two concerts by Uzbek-origin pianist Angelika Akbar on Nov. 27 and Nov. 28. Akbar has composed more than 400 pieces so far and received many national and international music awards. She released her first Turkish classical music album, "Dört Mevsim" (Four Seasons), on Sony Classical. Her concert repertoire will include Akbar's latest compositions.
Last Update: Dec 03, 2014 1:36 pm