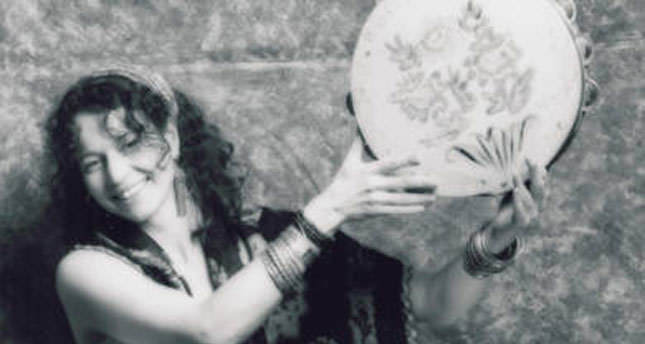 by daily sabah Nov 18, 2014 12:00 am
Internationally reputable Canadian ethnomusicologist and singer Brenna MacCrimmon, who specializes in Balkan music, will give the final concert of the 5th Avea Extraordinary Music Concerts on Dec. 13 at the Mustafa Kemal Cultural Center in Istanbul. MacCrimmon has been interested in Turkish folk music since the 1980s and established the music ensemble Orkestra Keyif in Toronto, Canada. She is a leading singer who is renowned for performing Turkish folk music on international stages. She listened to the records of Ankara State Radio during a visit to a library in Ontario, which was the first time that she felt an emotional connection with Balkan and Turkish music. "I felt very different feelings when I listened to Balkan music. The rhythms and makams were very nice. The sound was impressive, especially the woman's voice. It was so strong and emotional. I didn't want to just listen to it, but also to learn more about it," MacCrimmon said in an interview. She took ethnomusicology courses at Toronto University and learned how to play the bağlama with the help of the musicians she met later. She is currently researching folk music archives that have become almost forgotten. MacCrimmon is also studying Turkish music inspired by her previous postgraduate degree studies majoring in Balkan music. In 1985 she came to Istanbul to closely examine Balkan and Turkish music. MacCrimmon lived in Istanbul for five years and visited many areas around the Thrace and Balkans. She spent considerable time with locals and is now fluent in Turkish. She likes listening to Nezahat Bayram, Kadriye Latifova, Safiye Ayla and Perihan Altındağ Sözeri. She released her debut album "Karşılama" (Karsilamas) with clarinet master Selim Sesler in 1998. The album received a great reception, later winning the Juno Award in Canada. MacCrimmon has released three albums featuring Balkan music and performs with many musicians and groups such as Baba Zula, a Turkish alternative music group, holds concerts and participates on TV shows. She sang "Ben Bir Martı Olsam" (If I were a Seagull) and "Penceresi Yola Karşı" (Her Window is Looking to the Road) for famous Turkish director Fatih Akın's "Istanbul Hatırası" (Crossing the Bridge). She will re-interpret well-known Turkish and Balkan songs during the concert.