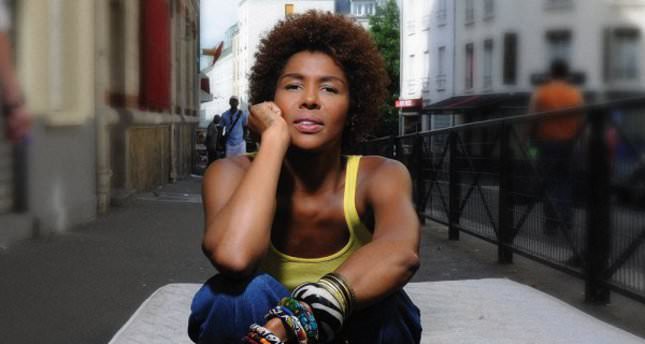 Nigerian-German singer and songwriter Ayo has become a sensation in Europe after the debut of her 2006 album “Joyful,” selling more than 1.5 million. One of the most beautiful voices in world music, Ayo will perform for the first time in Istanbul at İş Sanat on Dec. 2

Beautifully harmonizing folk rock and soul music with African rhythms, Ayo has created a great fan base in France and other European countries after the release of two songs, "Down on My Knees," from her first album and "Fire," her first single from "Ticket to the World." Her debut album won the European Border Breakers Award in 2008. This year, she crowned her success with Europe's prestigious Crystal Globes Award for Best Female Singer given by the French Press Association. Ayo is now on a world tour to promote her latest album, "Ticket to the World." Prior to her performance in Istanbul, Ayo talked to us about her inspirations, music perspective and what she loves about Istanbul.

Daily Sabah: As a song writer and singer, what inspired you the most while writing your songs?

Ayo: Life is the biggest inspiration in my music and songs. Not only my own life, but the lives of my friends and other people around me give me inspiration. While creating the stories of my songs, everything, any real facts that I hear or see, inspire me. To put it simply, anything that has some feelings in it gives me inspiration.

DS: You say music is therapy for you. Leaving aside your own songs, which music lifts your mood?

Ayo: Listening to folk and soul music makes me feel better like therapy. In my daily life, I frequently listen to the blues. Exploring ethnic music of different cultures increases my mood, too.

DS: If we describe your music, can we say that they are mostly folk rock with an African touch?

Ayo: My music is generally eclectic, yet such descriptions sound interesting and correct. However, I do not only perform folk and rock, but also use soul and reggae.

DS: You have become a hit with your latest song "Fire" played on the radio. It also gives us some social messages. Do you really think the messages in songs urge people to take action?

Ayo: I believe in the impact of songs on humans. They can give us inspiration, lead us to take action and even change us. I also believe in the power of songs, music and lyrics. A single song can give us hope or ignite new and different ideas.

DS: You have also re-interpreted Bob Hebb's "Sunny," which became famous with its legendary Boney M. disco version. Do you like Boney M.'s version as well?

Ayo: Of course, Boney M.'s version is a classic from the disco era. I think, however, this version sounds too happy and I prefer to listen to its original version by Hebb. I do like the song's lyrics and believe the lyrics go better with Hebb's version.

DS: As a singer, you are always on the road, on tours and perform. You are also a mother. Isn't it difficult to do all of these at the same time?

Ayo: It is of course hard, yet motherhood is a difficult task in itself. Raising a child while rushing from one concert to another or one tour to another is a big responsibility, but being a mother is one of the most beautiful feelings. When you are with your children, you forget every difficulty.

DS: You will be performing in Istanbul for the first time on Dec. 2. What do you know about the city?

Ayo: I have heard almost everything about Istanbul because my sister lived here for a while. However, I could not manage to visit. My sister's husband, Serhat Akın, is a football player and played on the Turkish national team. One of my closest friends, Filiz, is also Turkish. I am really curious about Istanbul.