Istanbul as a world stage for music 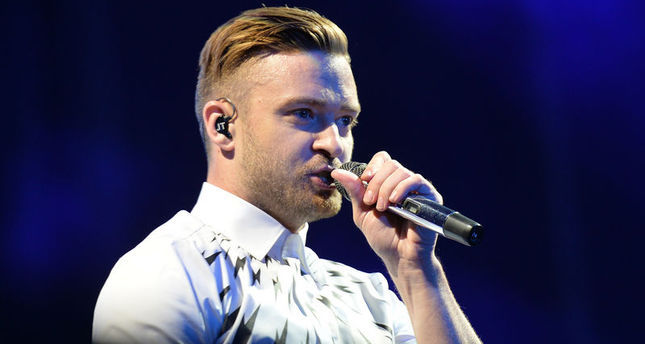 by Daily Sabah Jan 02, 2015 12:00 am
The city of Istanbul, which hosts magnificent international organizations every year, enjoyed the performances of many world-renowned musicians in 2014. Numerous famous jazz, classical, popular and ethnic musicians presented music which was a joy to hear for Istanbulite music-lovers. Here are some of the concerts that enchanted Istanbul:

Italian tenor Andrea Bocelli gave a concert in Istanbul for the 20th anniversary of the foundation of the Turkish Foundation for Combating Soil Erosion, for Reforestation and the Protection of Natural Habitats (TEMA). The Tekfen Philharmonic Orchestra with 102 instruments under the baton of guest maestro Marcello Rota, and Istanbul State Symphony Orchestra accompanied Bocelli on stage.

One of the prominent musicians of pop and R&B genres, Justin Timberlake, came to Istanbul in May for his first concert in Turkey. The artist kicked off his concert with his new songs "Tennessee Kids" and "Pusher Love." The renowned artist who performed his popular songs "Cry me a River" and "Love Stoned" during his concert dedicated his song "Until the End of Time" to the miners who died in the tragic mining accident in Soma and said, "This song is for those who lost their lives in Soma." A group of 28 dancers and musicians accompanied Timberlake on the stage. The concert which drew scores of Timberlake fans to the İstanbul Technical University's stadium lasted for two hours.

One of the most prominent sopranos in the world, Sarah Brightman, was on stage on Nov. 9. The artist who took to the stage as part of the "Good Music in Town" concert sequels, performed opera ballads and classical music compositions in her unique style. The highest and fastest-selling soprano of all times, British Brightman who is also an actress, songwriter and dancer, was accompanied by a symphony orchestra of 60 musicians during her Istanbul concert.

Regarded as Greek music's diva, Haris Alexiou was applauded loudly for her Istanbul concert in November at Istanbul Congress Center. The artist who saluted Istanbulites by saying "I am happy to be with you again" stayed on stage for almost two hours. She performed both old and brand-new songs, as well as Turkish ones, and thanked Zülfü Livaneli and Sezen Aksu who invited the Greek artist to Turkey for the first time many years ago.

Haris Alexiou who has won 30 platinum and 13 golden records so far, covered unforgettable Turkish songs such as "Olmasa Mektubun", "Maskeli Balo" and "Telli Telli," which have also been covered by many Turkish singers and groups, from Sezen Aksu to Yeni Türkü.

Dutch violinist, composer and maestro Andre Rieu, who is founder of the Johann Strauss Orchestra gave two concerts at the Sinan Erdem Sports Hall and Ülker Sports Arena in November. Regarded as one of the most important musicians of the century, Rieu performed his large repertoire in his three hour-long concerts.

The artist who took to the stage with the Johann Strauss Orchestra performed the well-known song "You'll Never Walk Alone." The song, which was originally featured in "Carousel" musical in 1945, was covered by Gerry and the Pacemakers, and this version become one of the anthems of Liverpool football spectators.

Rieu, who is the "only classical music artist giving concerts at stadiums," has topped album lists 30 times, has won 355 Platinum album awards and has over 35 million DVD sales. He ranked 12th among bestselling musicians in the 2012 list of the POLLSTAR rankings of the concert industry's top performing artists. According to Billboard magazine, André Rieu was the world's most successful male touring artist in 2009.