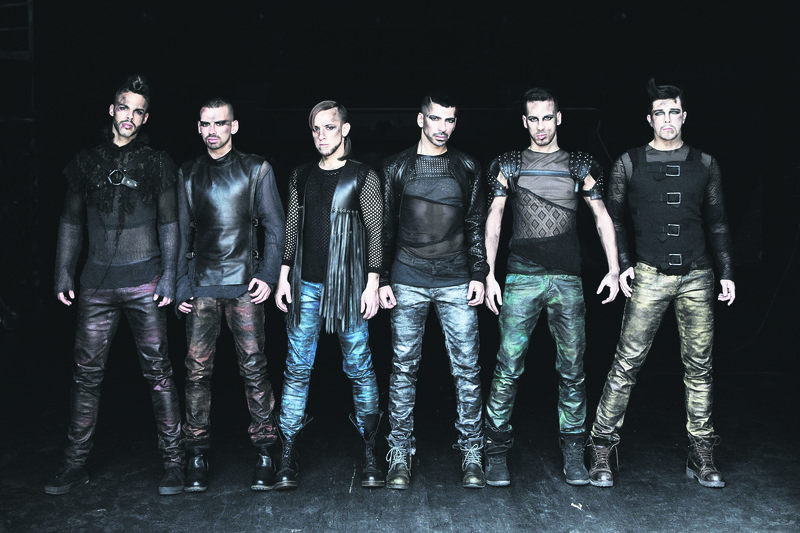 Carrying the energy of Rojas and Rodriguez, ,Titanium, mixes hip-hop and flamenco while b-boy Chey Jurado, the break dance champion of Spain, heats up the stage.
by Cenk Erdem Apr 06, 2015 12:00 am

Founded in 1995, the Rojas and Rodriguez Dance Company continues to bring the most distinguished stars of flamenco and dancers whose fame transcends the borders of Spain together. The internationally known dancers Rojas and Rodriguez of Nuevo Ballet Espana blend street dance with flamenco through their latest dance choreography titled "Titanium." The show, which has been performed to thousands of people on their European tour, will be performed on April 11 at Cemal Reşit Rey Concert Hall.

Carrying the energy of Rojas and Rodriguez, "Titanium" mixes hip-hop and flamenco while b-boy Chey Jurado, the break dance champion of Spain, heats up the stage. The show has drawn great attention since its debut, selling out many venues, won the Spanish National Dance Award and has already written its name in Spanish dance history.

Rojas and Rodriguez present the most passionate and magical show on the stage through flamenco as they do in all their performances. Previously, the duo brought classic Spanish dance together with flamenco in their show "Cambio de Tercio," and conquered the hearts of the Spain as well as their international fans with their choreography and their innovative as well as mature styles. Daily Sabah talked to the dancers to learn more about the show and what inspired the duo.

Daily Sabah: "Titanium" presents flamenco and hip-hop as related. So, can we say that they are both the rebellious brothers of the streets?

Yes, we can say that. Flamenco and hip-hop are from different generations, but that is what they have in common.

DS: You also present the show with break dance elements. In which way do you think it contributes to the attitude of flamenco?R&R: In my opinion, it is an element that contributes to giving the show a spectacular nature.

DS: The show has an all-male cast of dancers. Do you think it makes it more aggressive rather than provocative?Yes. It could be although we didn't try to be sexy. I must add that it has achieved great success among both male and female audiences.

DS: Critics praise "Titanium," and it has already won Spain's National Dance Award. How long did it take to debut the whole show?R&R: Nine months. Is the longest time we've ever rehearsed and researched a show, but it is something that has never been done before.

DS: As you unite different styles of street dance when it comes to music, what types of music do you present throughout the show?The show fuses flamenco, electronic, hip-hop and rap music.

DS: Flamenco always inspires so much passion on stage. What emotions does your show evoke in an audience?

Feelings that cannot be explained. It's something we have never experienced before. The audience claps, shouts and stands up.

DS: You keep on touring and you're going to premiere in London in May. So, what is the next stop after Istanbul?

Budapest is our next festival. We'll be in London from May 5 to May 23. We are now working on the second semester of the year. We'll be in Biarritz in September and work on our Latin American tour.

DS: You are going to debut "Titanium" for the first time in Istanbul, but you've been here before. What do you love most about Istanbul?

The first time we came to Istanbul was in 1993. What I adore are the people. Istanbulites are open-minded and outgoing; you can feel they are Mediterranean and have much to do with us.
Last Update: Apr 06, 2015 11:07 am
RELATED TOPICS