Poetry and music in one voice 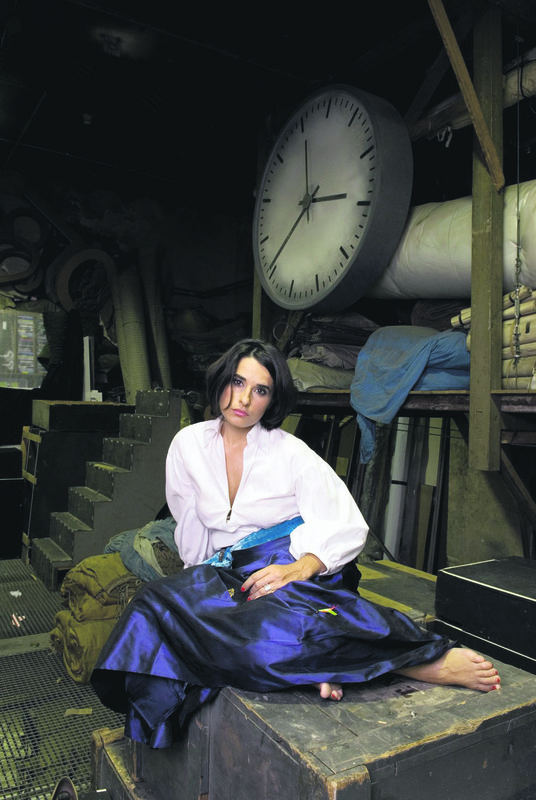 by Cenk Erdem Apr 16, 2015 12:00 am
Cristina Branco is a special artist who is introducing Portugal's traditional music to the world. Just like Mariza, who gives the spirit of soul and jazz to fado music, and like Dulce Pontes, who brought new fame to fado with her dramatic interpretations, Cristina Branco also lives life like a true contemporary fadista - channeling the fado tradition as she helps others experience it. Branco brings together fado with poetry from famous poets like Shakespeare, and she introduces songs of pain, longing and despair together with songs that celebrate life. As soon as her first compilation album "Idealist" was released after an 18-year musical journey, Branco has embarked on a world tour. As part of the tour, she will perform for the first time in Ankara at the MEB Şura Salon on April 18 as a guest of the Ankara Music Festival. Daily Sabah conducted an interview with the famous singer about how her interest in traditional Portuguese music began, her desires and passions, love and more.

l Daily Sabah: You are on a big tour and you have traveled around almost the entire world. As a singer who tours different countries, what inspires you?

Cristina Branco: As with all sensitive people, I am inspired by variety, differences or similarities. I am shocked at how these things can push people to violence. Although I am someone who is shocked by those who try their hardest to bring the world to an irreversible state due to their greed, I try my hardest to refrain from being judgmental.

DS: You have become famous with your traditional fado music, which you introduced through your albums. How would you describe your music?

CB: My songs entail music dressed over characters and there are no distinctive borders when it comes to music. The words of the stories become the true concern of the songs. After all, I can find a way to return to my roots and I enjoy innovative ideas. That is why as a musician, I am re living the "Jeanne D'arc" period. In every way, music is my battle; in fact, even when I don't create pure fado.

DS: How would you say your expression has changed since your first album in 1997?

CB: The silence before the storm! Perhaps it can be said that I have learned to use some of my skills in a better way. Sometimes I can be very short tempered, but now you can't really observe that from the outside. In order to be able to truly communicate a message to the listener, it is important for you to believe it first. You don't need to scream to be noticed, the best way is to whisper in their ears.

l DS: We know that you are against the exploitation of fado due to the emphasis on longing, pain and despair, but do you agree that fado expresses pain in the most elegant form?CB: It expresses it in a very poetic manner. What I try to explain is that fado is not just about drama and pain. Fado tells the story of life, and life is not just about pain. Drama and tragedy adds a mystical effect to fado, but fado does not mean tragedy, it means life.

DS: Who are your favorites among modern fado singers?

CB: I really like Mariza and Ana Moura, who is also working with Pasion Turca like me. But in terms of a male vocalist, I really like Camane. You must certainly listen to them. Most people associate fado music with female vocals, but Camane is an amazing fado singer.

DS: Many people know the legendary fado musician Amalia Rodrigues. Which of her songs is the most inspirational to you?

DS: Fado is a tradition strongly based on the vocal performances of the singer. So which famous pop star do you think could successfully sing fado, who is also one you admire?

CB: I like the way pop stars encourage many people. Madonna and Lady Gaga do this very well. Additionally, Lady Gaga's voice is also very good. However, I especially love the way Lady Gaga encourages people. I would just suggest the name Melody Gardot to sing fado, though, as I would suggest you listen to her voice and interpretations. I would very much enjoy it if she were to sing fado.
Last Update: Apr 16, 2015 11:36 pm
RELATED TOPICS