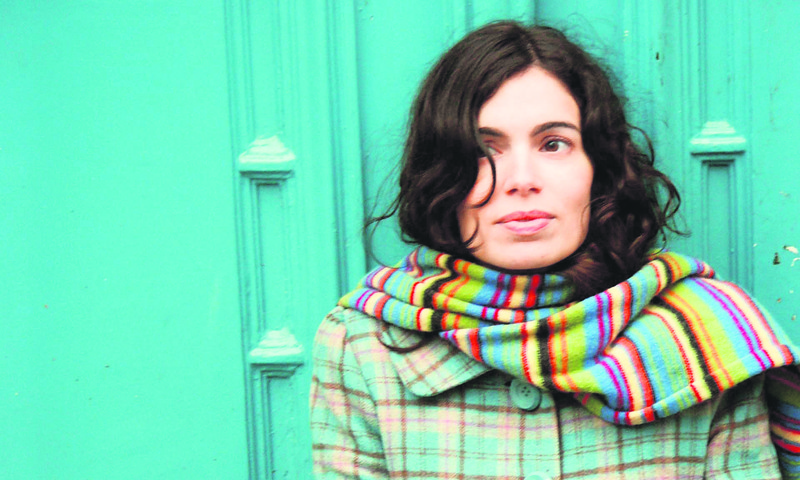 Yael Naim displays intense creativity integrating different genres into her music. Enjoying a breakthrough after a song of hers was chosen for an advertising campaign in 2008, she will perform in Istanbul on Saturday

French-Israeli Yael Naim is a talented pianist and an indie folk singer whose music features therapeutic melodies. She will perform at Cemal Reşit Rey Concert Hall on April 25. Naim was born in Paris to Sephardic Jewish immigrants from Tunisia. Stirring jazz and folk music in her performances, she released her debut solo album "You Disappear" in 2001. Seven years later, she won the best album prize at the Victories de la Musique, an annual French music award ceremony. Since then, the singer received critical acclaim for her voice's pure and innocent tones. Naim received her second Victories de la Musique award for best female singer in 2011. Her popularity boomed when she performed a piano interpretation of Britney Spear's famous song "Toxic." Her 2008 single "New Soul" also became a hit in the U.S. Naim recorded her latest EP "Coward" this year for which she worked with prominent jazz musicians. Daily Sabah sat down with Naim for an interview about her professional music career prior to her upcoming concert.

lDaily Sabah: You combine jazz and folk in a very brilliant way, but how do you describe your music in your own words?

It is hard to describe. Maybe simply pop music with diverse influence.

l DS: Your song "New Soul" became a top 10 hit in the U.S. in 2007 when it was chosen for a commercial advertisement. Can we say that it was your first breakthrough?

First, I am lucky to have such a song. The album achieved success in France roughly six months before it was used in the commercial. It was a chance for people all around the world to listen to my music. Yes, it was a serious breakthrough for me.

DS: What inspires you most as a songwriter? When you write down a song?

My life is what inspires me the most. I have been writing songs since I was 11 years old, and it has turned into a natural way of expression of everything that touches me. Also, it is really emotional.

DS: You had your first experience with a major company when you were only 20. What would you say about your artistic evolution over the years?

I learned how to start from scratch. At the beginning, we try to make the music we love, which is already a hard thing to do and a very long process. Once we're done, though, many good things can happen. When you are sincere, believe in what you do and when you work with people you love, you feel strong and generate good energy inside of you. Then miracles happen. When I met David [Donatien], we decided to make our music and did it alone for two-and-a-half years in my small Paris apartment with no money or the help of a record company. When we began feelings happy about our music, good things started to happen to us. We now celebrate 10 years of collaboration with a new album "Older."

No. But I think the people who compose for Britney have done some good work. And I love the challenge of taking something that is far from me and bringing it close to me.

DS: Some of your songs feel very personal. Can we say that we get certain clues about your own life in your pieces?

Yes, in a certain way. I love Joni Mitchel and Frida Kahlo, the artists who expose themselves to true art. Bringing emotion into music give me the possibility to grow and move on, like healing.

DS: Your latest EP release "Coward" is full of jazz touches. How do you describe your new EP?

Well, the original version had a classical influence from composers of masterpieces such as Bach. The album's another version with pianist Brad Meldheau is inspired by both jazz and classical music. We also released an orchestra version of the album with the help of the Metropole Orchestra, which is more like a soundtrack. Rone's remix took the song in the direction of electronic music. However, for me what counts is the emotion inside my music. The style is not as necessary. Today people come from different cultures; we are mixed and we love to mix things in music and experience new directions and freedom.

DS: You are going to perform in Istanbul on April 25. What do you love most about Istanbul?

I love the fact that Istanbul is culturally a mixed city. We were there for concerts a few years ago and spent some time touring around the city - we will do it again this time. People are really kind and open. The city is beautiful; the nightlife and the youth are very alive. Istanbul features a great makeup of the East and the West. As you can see, we love harmony.
Last Update: Apr 21, 2015 11:51 pm
RELATED TOPICS