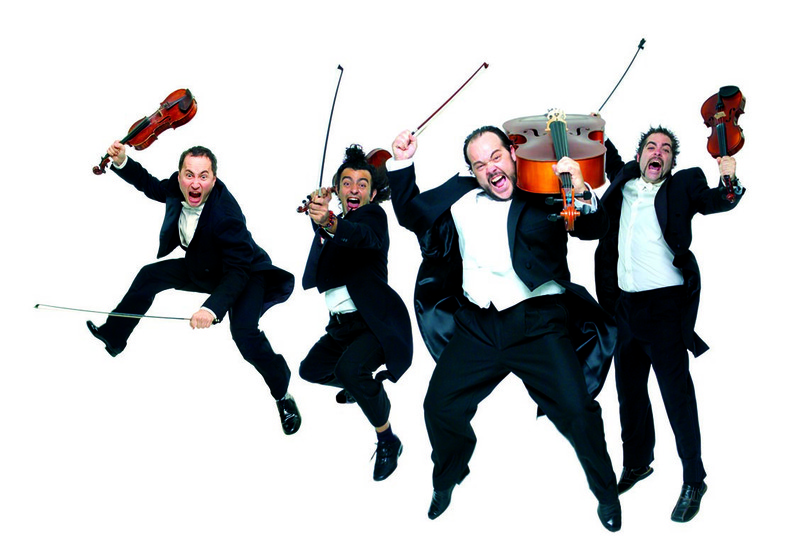 One of Turkey's prominent music festivals, the Mersin International Music Festival, will bring music lovers to the city of Mersin for the 14th time between April 28 and May 24

The 14th Mersin International Music Festival will officially kick off at a press conference today and will help Mersin to be the center of attention until May 24. Hosting numerous famous and well-known artists and orchestras from all over the world, including Turkey, the festival lineup for this year is top notch. Renowned pianist Fazıl Say's newest composition, "Istanbul Symphony," which will be premiered by the Mersin Festival Orchestra under the baton of maestro İbrahim Yazıcı, will give a start to the concert series on April 30. In addition to the Mersin Festival Orchestra, the 14th Mersin International Music Festival will host the Presidential Symphony Orchestra, Le Div4s, Die Wiener Strauss Company, Paganini Quartet, Bahar Göksü, World Ballet Stars, From Local to International: A Selection of Turkish Music, Rhythms from the Far East to Anatolia, Kucerova and Bezdüz, Hakan Aysev, Kubat, Mersin Polyphonic Choirs, Mersin Metropolitan Municipality City Orchestra as well as a composition competition.

Following the official opening, the Viennese ensemble Die Wiener Strauss Company will take the stage on May 2 and perform compositions by Mozart and Strauss. The festival will continue with a concert by the Paganini Quartet, bringing a breath of fresh air to classical music on May 3. The soul of the legendary violin virtuoso Pagagnini will visit Mersin International Music Festival through the entertaining narrations and the rhythms of four famous violinists. The concert with world-renowned zither virtuoso and composer Göksel Baktagir and Japanese koto artist Atsuko Suetomi will be accompanied by reed player Eyüp Hamiş, connecting the Far East with Anatolia.

On May 10, Le Div4s, which is composed of four famous Italian sopranos, will perform with the Mersin Festival Orchestra. Performing the works of famous opera composers with an innovative style, the ensemble will present a repertoire filled with Italian and international songs. Famous virtuosos will convene with classical music devotees in Mersin at the St. Paul Museum on May 12 and perform "The Local Music of the World."

World-renowned Turkish harpist Bahar Göksu and her band will present songs by Refik Fersan and Faize Ergin as well as promote their album "Rüzgar Uyumuş" (The Wind Slept). Those who love ballet will have a chance to watch prominent ballet dancers from the Tokyo National Theater, Moscow Bolshoi Theater, Dutch National Ballet and Portuguese National Theater as well as Turkish ballet dancers on May 14.

The unforgettable songs of Zeki Müren have been rearranged for an orchestra composed of Western and Turkish instruments without spoiling their makams. These new arrangements will debut on May 19 at the "From Local to International: A Selection of Turkish Music" concert. Renowned Czech star, Adriana Kucerova, and Turkish Grammy Award winner Bülent Bezdüz will team up with the Mersin State Opera and Ballet Orchestra. Listed among the world's best-known and oldest orchestras, the Presidential Symphony Orchestra under the baton of Selman Ada, who is the art director and general director of the State Opera and Ballet, will join forces with famous French pianist Roberto d'Olbia on May 24. Turkey's most famous tenor, Hakan Aysev, will share the stage with the Mersin Metropolitan Municipality City Orchestra on May 9 and May 10. Turkish singer Kubat and Folklorama Mersin Festival Orchestra will perform on May 15-17 as a part of the "Free Open Air Events" organized by the festival. The concert series will light up Mersin for three nights.

The Festival of Choirs, which is organized by the Mersin Polyphonic Choir every year, has been added to the festival lineup. Choirs from all over Turkey will perform on May 15-16. The Composition Competition will take place for the fifth time this year and the winner will be announced on April 28 with a special night.

The Committee of Mersin International Music Festival held a press conference and offered insights to the components of the festival schedule. Selma Yağcı, the chair of the board of directors, said: "This year we will present a beautiful, special and dynamic festival," adding that they set the bar high this year. Pointing out that the festival in Mersin achieved being included in the European Festivals Association (EFA), she said: "We may not yet be accepted to the European Union, but we are already in the EFA. This is a tremendous achievement for us." Yağcı said that Mersin and the people of Mersin deserve more, and continued: "There are 60 countries in the EFA so we have to organize a better festival every year to stand out among them. We are doing this not just for the sake of our city, but for Turkey." The Mersin International Music Festival will make its voice heard all over the world for the 14th time.
Last Update: Apr 27, 2015 11:09 pm
RELATED TOPICS