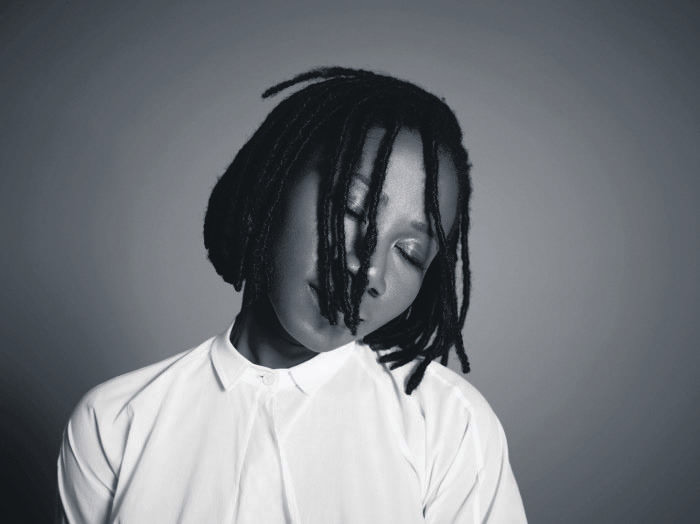 The Nigerian-French singer and lyricist Bukola Elemide, who goes by the stage name Asa, evokes melancholy in her audiences thanks to her voice and her striking and romantic songs. Blending soul and funk in her unique style, Asa will perform for the first time in Turkey at İş Sanat on May 7

Nigerian-origin French singer Asa transfers her Nigerian roots to her lyrics as well as the rhythms of soul music giants such as Aretha Franklin and Marvin Gaye, whom she listened to while growing up in Paris. The artist won the Constantin Award in France with her debut album "Asa" (Asha) and continued rising with her second album "Beautiful Imperfections" in 2010. She joined forces with Blair MacKichan, known for his collaborations with Will Young and Lily Allen, and carried her unique style to a whole new level with her 2014 album "Bed of Stone." Just like her first single "Dead Again," the musician presents an album enriched with stories from top to bottom. With her latest album, her melodic elegance, which brought her fame, put her at the top of the world music.

Asa was born in 1982 in Paris. As she was frequently deprived of her family when she was little, Asa began singing as she had to contribute to the family's income. According to music critics, the audience feels like their own story is being told through Asa's sincerity on stage. In 2004, Asa met her manager and friend Janet. Thanks to Janet, she met Cobhams Emmanuel Asuquo, who became her producer, which was an important turning point in the artist's career. Asa and Asuquo recorded their first songs in the studio following that year, which marked their very first musical collaboration. Asa caused a stir with her first single "Eye Adaba" and her second song "Jailer," and the artist signed her first record contract with indie record company Naive.

"Asa (Asha)" was released in 2007 and recorded in collaboration with Asuquo and Christophe Dupouy. After she won the Constantin Award with her debut album, she went on tour and gave 100 concerts. She continued to shine throughout the year with her second album and single "Be My Man." Asa performed for thousands at her concerts in Lagos, Berlin, London and Paris, as well as in multiple U.S. cities. Following her world tour in 2012, Asa once again demonstrated that she is a very strong and influential songwriter with her newest lyrics featured in her album "Bed of Stones."

Daily Sabah conducted an interview with Asa on the eve of her Istanbul concert on May 7 at İş Sanat Performance Hall to discuss her musical journey and the future of her career.

n Daily Sabah: It's been eight years since your first album was awarded the prestigious Constantine Award. How would you define your artistic improvement over the years?

Asa: It's actually been seven years. I have grown a lot both personally and artistically. I evolved and wrote about it in my second and third albums.

DS: Many critics praise your music's melodic grace, but how do you describe your music?

Asa: It is always hard to describe my music. I write about my mood and journey; this relates to people as they see their own stories in the songs. Genre limits the ability to do that, to touch people in different ways. My music is a fusion of influences and is sung from my soul.

Strikingly, your songs are mostly about melancholy and dreams. So, what do you intend through your songs?

My intention is for my songs to relate to someone's emotions, even though they may not understand the language. Music does that effectively. I want to talk about happiness, love, frustrations and politics without sounding too preachy.

You're also known as a very energetic singer on stage. Are you as energetic in your daily life too?

I leave all that energy for the stage. I am someone I sometimes do not recognize. It is a different world on stage. In my daily life, I have a slow rhythm. I'm a rather shy person.

DS: Your stage name Asa means "hawk" in your mother tongue, Yoruba. Why did you choose that stage name?

The name Asa was a childhood nickname that I really disliked when I was a kid. It's a name that described my swift personality. I get lost a lot when I was a kid, as I was always curious and intrigued, and now I do same as an adult.

Your latest album "Bed of Stone" gives the impression that your songs are deeply connected to your own life. Have you dropped any clues about your life in the album?

Yes! I looked deeply inward; I went on a personal journey and wrote about all of it, I allowed my vulnerability to show in "Bed of Stone." It was a hard but good journey. At some point I thought I wouldn't sing anymore - the music business was killing me. But I am very happy the album was released.

In a way, your artistic career began in Paris. How does Paris inspire you as an artist?

I never thought I would begin my career in Paris. Yes, I was born in Paris but only lived there in the very early years of my life. The artistic freedom of Paris gives me life. I feel unrestrained and unafraid to express. Paris is home to underdogs like me.

What do you love most about Paris?

I just love that there is a strong, vibrant culture and sense of self there. Paris is stylish; it guards its own jealously in a way that you can't find two persons looking alike. I love the big doors and little streets, the cafes. Paris is beautiful and inspiring.

You are going to perform in Istanbul for the first time, but what do you know about the city?

I am very excited! I don't know much about Turkey except for what I've seen in photos. A friend just got back from Istanbul and shared so many lovely images. I also know a little from the news, which is not the best way to know more about any country. I am really looking forward to visiting and discovering Istanbul and the people.

What kind of emotions will you offer with your debut performance due May 7 in Istanbul?

All the emotions. We will laugh and dance together. We will bare it all onstage. I'm really looking forward to sharing my stories and hoping we connect.
Last Update: May 04, 2015 1:14 am
RELATED TOPICS