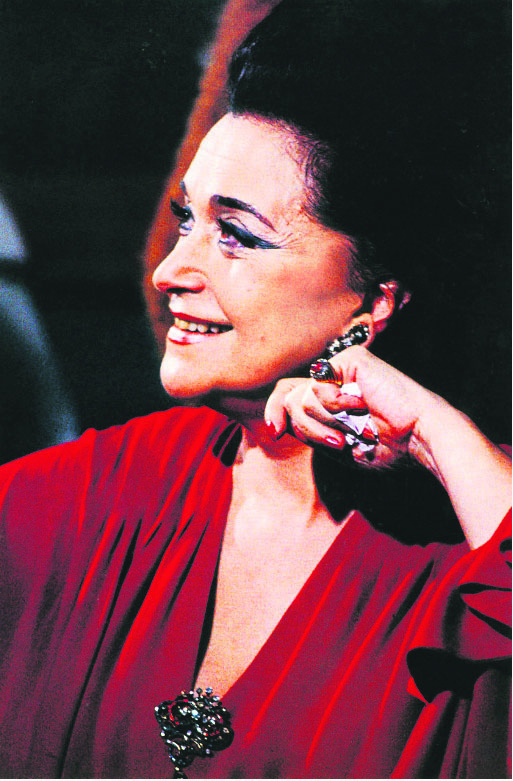 Co-organized by Turkish, Italian and Polish cultural institutions, the Leyla Gencer Voice Competition will let young talents from around the world perform before a respected jury. Applications will be accepted until June 1

To promote young opera singers at international platforms, the eighth edition of the Leyla Gencer Voice Competition is scheduled to take place from Sept. 6-11 in Istanbul. Applications will be accepted until June 1. Open to singers between the ages of 18 and 32, the competition will be organized in collaboration with the Istanbul Culture and Arts Foundation (İKSV), the Accademia Teatro alla Scala, Süreyya Opera House, the Istanbul-based Italian Culture Center, the Adam Mickiewicz Institute and the Polish National Opera, as well as with contributions from Borusan Sanat.

The competition jury will be headed by Luciana Serra, a highly prestigious Italian soprano who performed at major Italian opera houses in the 1980s. Her international career continued at world-renowned halls and concert venues such as the Metropolitan, the Covent Garden, the Salzburg Festival and the Berliner Philharmonie. She currently teaches graduate classes around the world.

Alongside Luciana Serra, the jury committee will also feature Izabella Klosinska, the casting director of the Polish National Opera, and Alain Surrans, the head of Rennes Opera. The rest of the jury committee will be announced in the upcoming days. The competition has made a name for itself with its jury featuring opera experts and its finalists who have gone on to have successful careers.

The preliminary auditions will take place in six different European countries including Paris on June 10, London on June 11, Berlin on June 14, Milan on June 18 and 19, Warsaw on June 29 and Istanbul on June 30. From the U.S. to the Far East, the voice competition hosts contestants from diverse ethnic backgrounds. The results of the preliminary auditions will be announced on July 13, and the international jury committees will be undertaken by the Accademia Teatro alla Scala.

Young opera singers from around the world will compete during the final auditions. Eight semi-finalists will be announced on Sept. 10, and the final ceremony will be held at the Süreyya Opera House on Sept. 11. The finalists will perform with the Borusan Philarmonic Orchestra under the baton of Antonio Pirolli. This year, the competition committee will offer monetary prizes for the first three winners: 12,500 euros for first place, 7,500 euros for second and 3,500 euros for third.

The Accademia Teatro alla Scala Special Award will be given for the second time and the winner will attend a three-month training program with the bursary. The winner of the Polish National Opera Special Award will be invited to perform in an opera production in Poland, and the recipient of the Audience Award will perform at the 44th Istanbul Music Festival next year.

Among the competition's accomplished contestants, Egyptian soprano Fatma Said, 21, who came first during the 2012 edition and won the Audience Award, gave a concert marking Human Rights' Day in 2014 at the U.N. Office at Geneva.

In 2010, South African soprano Pretty Yende ranked first in the contest. She later won all major awards at the World Opera Competition "Operalia" and launched an international career at glamorous concert halls like the Metropolitan and La Scala Opera Houses. Kartal Karagedik, who came second that year, now performs as a soloist in Germany's Theater Magdeburg and Erfurt. The third winner, Pervin Çakar, is a coloratura soprano and performs as a soloist in Italy and other European countries. Other winners, such as Georgian Nino Machaidzade and Anita Rachvelishvili, Argentinian tenor Marcello Alvarez and Yugoslavian baritone Nikola Mijailovic, are all mentioned as acclaimed opera singers.