100 years after her birth, Edith Piaf is still France's soundtrack 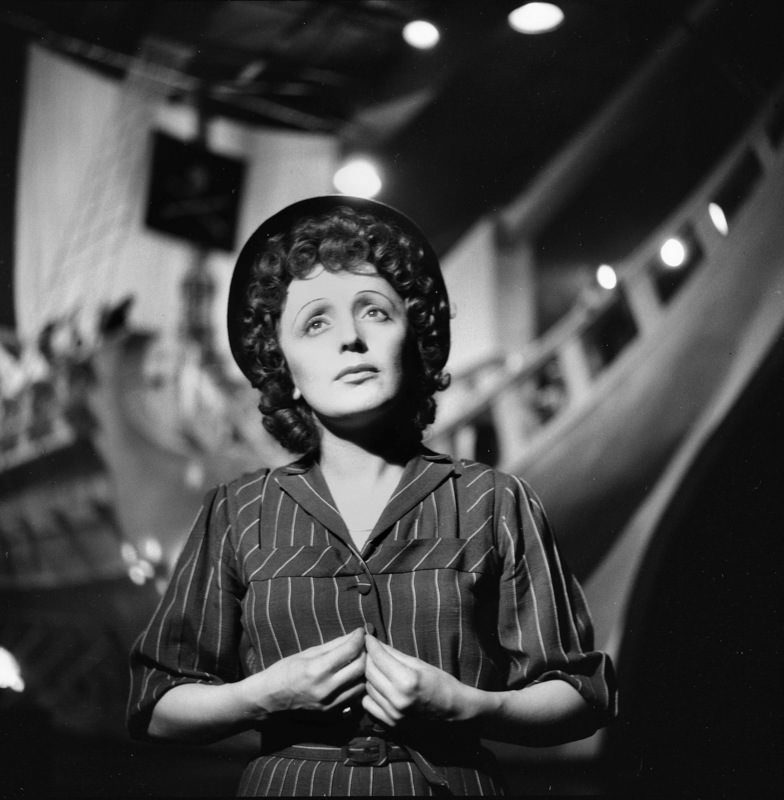 by May 10, 2015 12:00 am
Her soaring, emotion-wracked voice remains the defining soundtrack of old, romantic France and her colorful is life the stuff of legend. Edith Piaf may have passed away in 1963, but this year, the year she would have turned 100, the memory of "the Little Sparrow" is just as strong as ever and enshrined as one of France's most enduring icons. A new Paris exhibition dedicated to Piaf opened last month offering tourists and the French alike an in-depth look at the woman who became a figurehead of a nation and a postwar international star. The show at the Bibliotheque Nationale de France, a modern library complex on the Seine, features movie clips, concert posters, trinkets, letters and music by Piaf. As one can imagine, there is lots of music, and visitors don headphones that pipe in "La Vie en Rose," "Non, Je Ne Regrette Rien" and her other standards as well as interviews and narrations. "She remains a personality who incarnated a past Paris," said Julie Mirasola, 40, a lifelong Piaf fan who made a point to see the exhibition on the first day. "She marked a whole generation. But she's also still relevant today," she said. Proof of that was the age of some of the visitors.

A 13-year-old Scottish student who declined to give his name told Agence France-Presse (AFP) he came to the exhibition because his father had often played Piaf's records. "I thought she was probably the only French singer who was famous everywhere," he said. Now, "I guess you could say I'm becoming a bit of a fan, and I'm not only saying that because of my dad liking her." The centerpiece of the exhibition is a black dress that Piaf often wore on stage. It is relatively modest, with long sleeves and falls to the knee, and it is noticeably small, for the singer was just 1.47 meters (4 foot 10 inches) tall. "I don't want my appearance to distract from the performance," Piaf had said. The curator of the show, Joel Huthwohl, told AFP it was the singer's "lucky dress" and served as a somber anchor for her pale hands and face and her soaring voice. Recently, interest in Piaf was stirred anew by the 2007 French movie "La Vie en Rose," which earned its star, Marion Cotillard, an Oscar. But Piaf's celebrity was so big that it has never really faded. Images of her face, not especially beautiful, but luminously expressive with heavy lidded eyes topped by the overly thinned eyebrows of the time, are immediately recognizable. Born in Paris in December 1915 into a poor circus family, to a singing mother and acrobat father, Piaf had it hard as a child. She started out singing in the streets and cafes during her father's performances before striking out alone as a teen. A Paris nightclub owner discovered her at age 19 and put her on stage and on the path to stardom. During World War II and Germany's occupation of France, Piaf left a more ambivalent reputation. She helped some Jewish friends, but showed no hostility to Gestapo officers she passed in the building where she stayed, and in 1943 she visited French prisoners of war in Germany. Although initially seen by some as a traitor, testimonies - some probably embellished - eventually cleared her of being a collaborator after the war. After the war, a love affair and musical partnership with singer Yves Montand ensued and her circle of friends, both of high and low station, grew along with her fame. She helped several singers, including Charles Aznavour, and in 1947 made the first of several visits to the United States. She starred in several movies and the advent of television fuelled her career. After a tumultuous love life - her lovers provided the inspiration for and sometimes co-wrote several of her songs - Piaf married a singer, Jacques Pills, in 1952 and divorced him five years later. Her second marriage, when she was 46, was to a 26-year-old Greek hairdresser-turned-actor, Theo Sarapo. Piaf died of liver cancer the following year on Oct. 10, 1963, aged 47. The Paris exhibition on Piaf runs until Aug. 23.
Last Update: May 10, 2015 11:25 pm
RELATED TOPICS