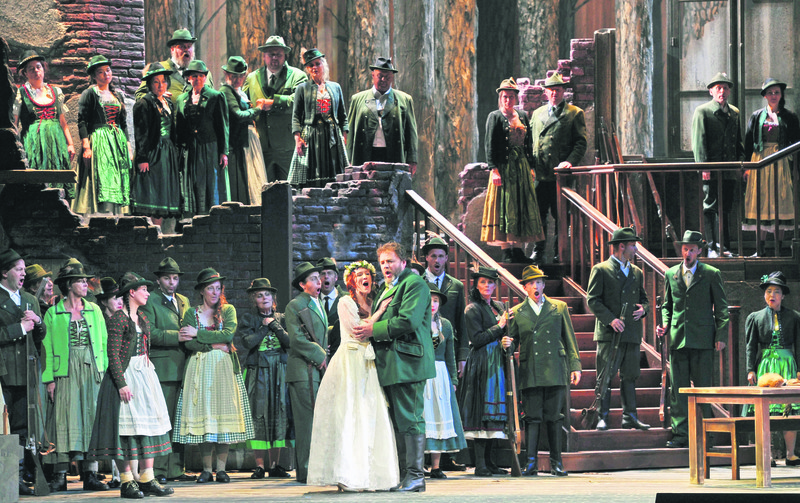 by May 11, 2015 12:00 am
"La Traviata", Verdi's opera about the doomed love of a courtesan and a young man, was streamed live and free of charge worldwide from the stage of Madrid's Teatro Real on last Friday, opening an EU-backed program intended to make opera more accessible. The Opera Platform (www.theoperaplatform.eu) is a three-year project with an overall budget of almost 4 million euros ($4.5 million), of which about half comes from the European Union's cultural budget, a press statement said.

"The Opera Platform is an online platform for the promotion and enjoyment of opera. It is designed to appeal equally to those who already love opera and to those who may be tempted to try it for the first time," the statement said. It said that Internet users throughout the world will be able to watch the simulcast and future live transmissions from the stages of 15 participating European opera companies in 12 countries.

There will be on average about one live transmission a month, which will be available for viewing on the website for six months. Subtitles are provided in English, French, German, Italian, Polish and Spanish. The site will also offer documentaries, opera archive materials and highlights of productions throughout Europe. The website is being offered by the EU's Creative Europe program in collaboration with Opera Europa, which is an association of 155 opera companies and festivals, the cultural channel Arte and the 15 opera companies.

Future productions include Karol Szymanowski's "Krol Roger" (King Roger) from Covent Garden in London and Richard Wagner's "Gotterdammerung" from the Vienna Staatsoper. Also on tap are Jean Sibelius's "Kullervo" from the Finnish National Opera in Helsinki, Arturs Maskats's "Valentina" by the Latvian National Opera in Riga and Mozart's "The Abduction from the Seraglio" from the Aix-en-Provence Festival in France.