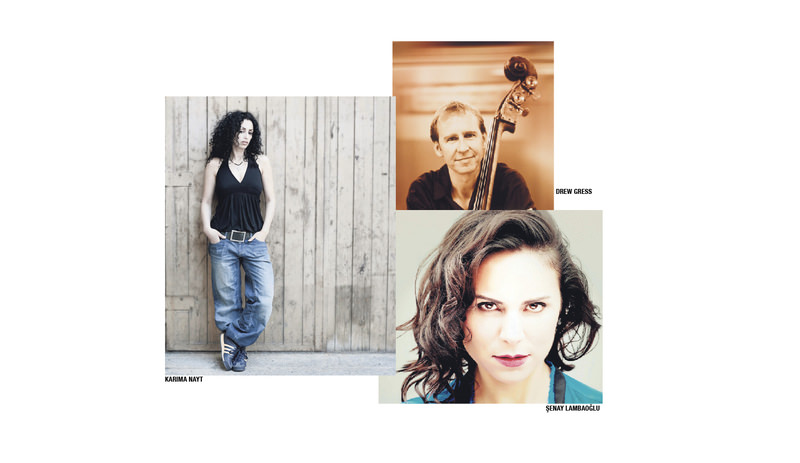 On Thursday, June 4, Evrim Demirel will be the guest of Akbank Sanat Jazz Days, which will begin today with the concert of "American Trio," consisting of guitarist Dave Allan, drummer Joey Baron and bassist Drew Gress. As part of the event, Şenay Lambaoğlu, a major Turkish jazz artist, will meet jazz lovers on Wednesday, June 10. Francesco Bearzatti, who is referred to as the most talented saxophonist of his era and has received the Greatest European Musician Award, will meet jazz enthusiasts on Tuesday, June 16. Akbank Sanat Jazz Days will conclude with the concert of Algerian Karima Nayt, a world-famous musician, to be performed in company with BİS Quartet, a string quartet, on Tuesday, June 30.

Akbank Sanat Jazz Days will begin with the concert by Americ today. American Trio consists of Dave Allan, known for his fantastic techniques, vivid melodic expression and perfect compositions, Joey Baron, the famous drummer who has taken to the stage with world-famous figures such as Carmen McRae, Dizzy Gillespie, Tony Bennett, Hampton Hawes, Chet Baker and Drew Gress, the bass guitarist from New York. The trio will present a repertoire comprising of their hit pieces.

One of the most acclaimed Turkish figures of late jazz and classical music, composer and pianist Evrim Demirel, will be on stage with his music influenced by Turkish folklore and music of the Ottoman period on June 4 as part of the organization. Having forged a unique path for himself by combining eastern and western instruments, Evrim Demirel will perform his pieces that are greatly admired by the audience, whether they are jazz, Turkish music, or classical music enthusiasts. The artist will be accompanied by Bora Uymaz on tambour, Volkan Topakoğlu on contrabass and Erdem Göymen on drums.Şenay Lambaoğlu

The strong voice of Turkish Jazz, Şenay Lambaoğlu, will meet with the audience on June 10. In addition to favourite pieces from her albums entitled "İçimde Aşk Var" and "Zarf Tümleci" released in 2014, Lambaoğlu will cover songs by Ayten Alpman, İlhan Şeşen, MFÖ and Fikret Kızılok during the concert. The artist will be accompanied by a famous team consisting of Ekin Cengizkan on drums, Baki Duyarlar on piano, Kağan Yıldız on bass and Şenova Ülker on trumpet.

Referred to as the most talented saxophonist of his era by music authorities, and winner of the Greatest European Musician Award, Francesco Bearzatti will be the guest of Akbank Sanat Jazz Days on June 16.

Francesco Bearzatti will take to the stage with the famous trumpet player Giovanni Falzone, winner of the best CD of the year with "Around Ornette" in 2011, the bassist Danilo Gallo, known for his virtuoso of bass and low-pitched sounds and the drummer Zénon de Rossi, one of the most in-demand drummers for modern Italian music stages, together promising a concert to remember.

The world-famous Algerian Karima Nayt will be on the Akbank Sanat stage in company with BİS Quartet, a string quartet, on June 30. Known for compositions inspired by her own life experiences, the famous dancer, singer and actress Karima Nayt performs her songs in Algerian Arabic, classical Arabic and French.

The artist will perform songs from her album "Quoi d'Autre?," containing 13 songs about 13 different characters during her concert, accompanied by Youcef Grim on bendir (frame drum) and percussion, Olle Linder on guitar, Andreas Unge on bass, Mikael Augustsson on bandoneon, and Fredrik Gille on percussion. Promising a different experience to music lovers, Nayt will give us a night to remember with her impressive stage performance.
Last Update: Jun 01, 2015 11:30 pm
RELATED TOPICS