Winter and summer in one at Jazz Fest 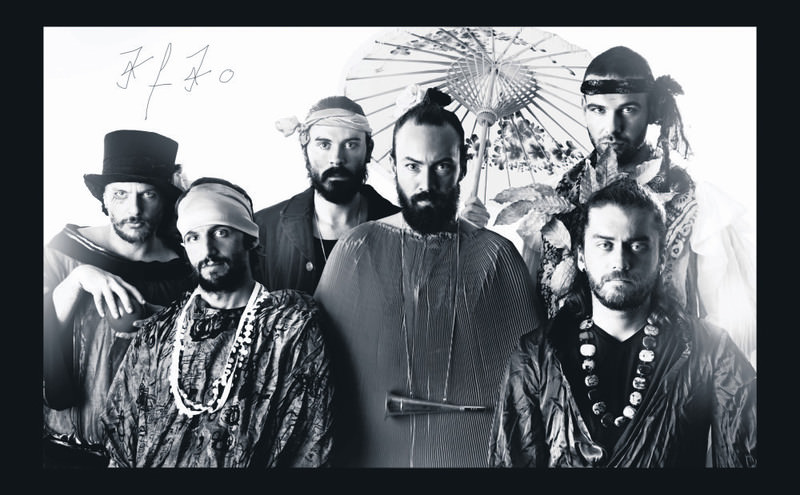 Organized by the Istanbul Foundation for Arts and Culture and sponsored by Garanti Bank, the 22nd Istanbul Jazz Festival will take place between June 27 and July 15. As a part of the festival, the Northern Lights concert series will offer Istanbulites a cool breeze in hot summer nights with the performances of Michael Kiwanuka, Hiatus Kaiyote and Theo Croker as well as the concerts by Sly and Robbie, Nils Petter Molver and the Asteroids Galaxy Tour. The concerts will be at the Uniq Open-air Stage where the audience can lie down on the grass and enjoy the rhythms of jazz.

The concert series, which is organized for the summer of 2015, will kick off with a concert by the Asteroids Galaxy Tour, who will take the audience on a space tour of the galaxies. The band made its name in 2007 when it performed as the opening act for Amy Winehouse's Copenhagen concert and broadened their fan base after they accompanied Katy Perry on stage in the summer of 2009. The band, which claim to have undertaken the duty of discovering different levels of music, enabled their fans to experience a new musical adventure with their latest album, "Bring Us Together," offering them songs with the theme of "party on the moon." The band invites Istanbulites to a futuristic dance filled with funk, disco and trip-hop rhythms.

As a part of the Northern Lights concert series, artists from Scandinavian countries will make jazz happen. One of reggae's most prolific and influential production teams, the duo of drummer Sly Dunbar and bassist Robbie Shakespeare, will be accompanied by Norwegian trumpet virtuoso Nils Petter Molver following the concert by the Asteroids Galaxy Tour. The concert will kick off on July 11 at 7:00 p.m. with contributions from the Consul General of Norway in Istanbul.

So far, Grammy Award-winning drummer Sly Dunbar and bassist Robbie Shakespeare have contributed to over 200,000 recordings either as producers or as musicians. On the other hand, Molver is one of the most important figures in Norwegian electro-jazz. During this concert the trio will be accompanied by an active figure of Norwegian jazz, guitarist Eivind Aarset, and one of the geniuses of electro-music, Vladislav Delay.

London-based singer and songwriter Michael Kiwanuka, one of the shining stars of soul and folk music, will perform for the first time on July 15 at the closing concert of the festival. Before Kiwanuka's concert, Theo Croker, whose album "AfroPhysicist" was singled out among the best jazz albums of the year, and Australian neo-soul band Hiatus Kaiyote will perform.

Kiwanuka released his debut album "Home Again" in 2012. The album, which was nominated for a Mercury Music Award the same year, was praised by music critics thanks to its effective and emotional sound. The artist, won the BBC's Sound of 2012 Awards and joined the tours of world-renowned musicians such as Adele, Stevie Wonder and Alabama Shakes. He also made a name for himself with his performance with Mumford & Sons.

He continued to draw attention to himself with his collaboration with the soloist Dan Auerbach of the Black Keys for the single "I'm Getting Ready" in 2012 as well as "You've Got Nothing to Lose," which he recorded with Jack White upon his invitation to his studio in Nashville, and his cover of Townes Van Zandt's song "Waiting Round To Die." Inspired by musicians such as Jimi Hendrix, Bill Withers, Otis Redding, Bob Dylan and Joni Mitchell, Kiwanuka is known for his incredible voice and fantastic lyrics. Born in 1987, the artist is frequently compared with Van Morrison, the Temptations and Bill Withers.

Grammy Award nominee Hiatus Kaiyote, who will also perform at the event, is composed of Nai Palm, Paul Bender, Perrin Moss and Simon Mavin. The band released their debut studio album "Tawk Tomahawk" in 2012 and they released their second album "Choose Your Weapon" last month.
Theo Croker, who was born in Florida, graduated from the Oberlin Conservatory of Music, a school that a number of jazz legends have graduated from. Inspired by contemporary classical music, hip-hop and rap as well as classical jazz, Croker launched his latest album "AfroPhysicist" with producer Dee Dee Bridgewater in 2014. The album, which features musicians such as Roy Hargrove and David Gilmore as guest artists, was recognized among the best jazz albums of 2014.

The Northern Lights concerts and the Closing Party will take place with the contributions of Coca-Cola, Türk Tuborg A.Ş., Mastercard and Famous Talks.
Last Update: Jun 06, 2015 1:17 am
RELATED TOPICS