Symphonic touch on songs about Istanbul 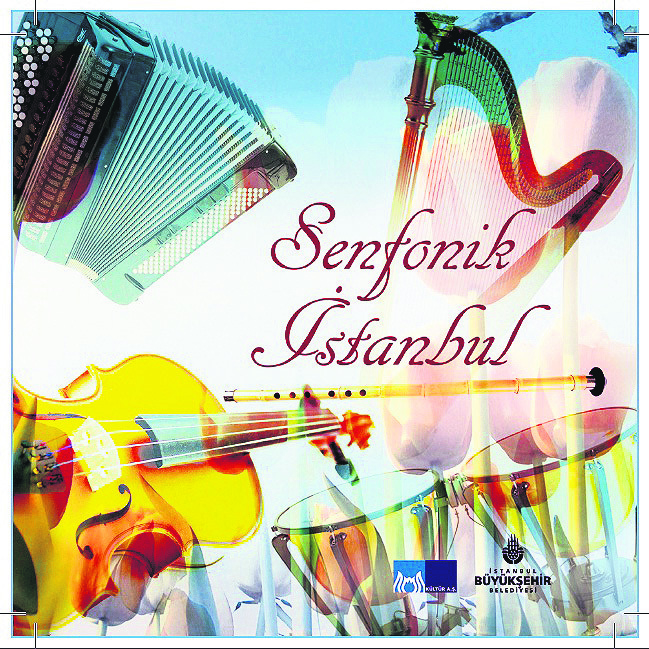 Accomplished Turkish musician Mustafa Sağyaşar and his son Cemil worked together on an album that includes 12 songs, combining polyphony with Turkish classical music 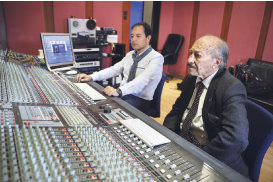 Turkish classical music singer and choir conductor Mustafa Sağyaşar entered the studio located in Beşiktaş, Istanbul to listen to the album "Senfonik Istanbul," which was directed by his son Cemil Sağyaşar. Listening to the instrumental songs on the album, Mustafa Sağyaşar and his son sang the famous classical song "Üsküdar'a Giderken" (While Going to Üsküdar). Then, they answered questions from AA.

Cemil Sağyaşar said that they collected some of the most well-known songs in Turkish classical music accompanied with symphonic music in cooperation with Istanbul Metropolitan Municipality Kültür A.Ş. He said that the reed flute and accordion solos accompanying the symphony orchestra have drawn special attention.

In addition to saying that the project was a surprise to his father, Sağyaşar stressed that he used improvisation techniques, which he learned from his father, in the preparation phase of the album. Sağyaşar said that the album, which was prepared within six months, is an instrumental album. "When a soloist sings songs, those songs belong to the soloist in a sense. We preferred to say 'songs and folk songs about Istanbul.' I didn't want to attribute the songs to my interpretation and myself. I just wanted everybody to sing those songs in concert with the orchestra that they already know. We made an instrumental album so that everybody can sing. I am a singer and I have been occupied with music for a long time; however, I pulled myself back as a singer in this project. I wanted it to become more widespread among people. It was a very difficult project because symphony is difficult all by itself. Therefore, the construction phase of this project was intensive. Making symphonic music while being faithful to the melodies of Turkish music was more than difficult," said Sağyaşar. 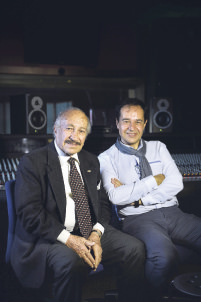 Saying that they used instruments like reed flute, violin and accordion, Sağyaşar said, "The first phase was to release the album. The child was born. Aren't we boasting about our Istanbul? We would like to announce this to the world. We expect support from everyone." He emphasized that people who are engaging in Turkish classical music should be supported and that everything is not about popularity.

Mustafa Sağyaşar said that songs about Istanbul had a significant place in Turkish classical music and he loved the new album very much. Stressing that 60-70 people can sing the instrumental songs in the album, and that this is an advantage, Sağyaşar said that he also asked his son the reason why the album was wordless and his son answered, "if there were words in the album, it couldn't be played everywhere but instrumental songs can be played everywhere." Mustafa Sağyaşar also said, "Music with words can be distracting. Songs about Istanbul are a kind of music appealing to all people, not only an individual. Songs and folk songs about Istanbul have a privilege. Therefore, it should not be thought of as usual music. They almost have a nationalism side. We should think in this way. There are 12 notes per octave in Western music while Turkish classical music has 24 different notes per octave."

Sağyaşar highlighted that the claim "people want this" has no meaning but is taking shelter in a wrong harbor. "The audience sings songs along with me in my concerts as if they were a choir that practiced before. Moreover, everyone needs to make an effort instead of coming into the position that someone else has labored to produce. I introduced at least 60-70 songs, that the youngest generation knows, to Turkish music lovers by using the triangle of stage, plate and radio," he concluded.
RELATED TOPICS