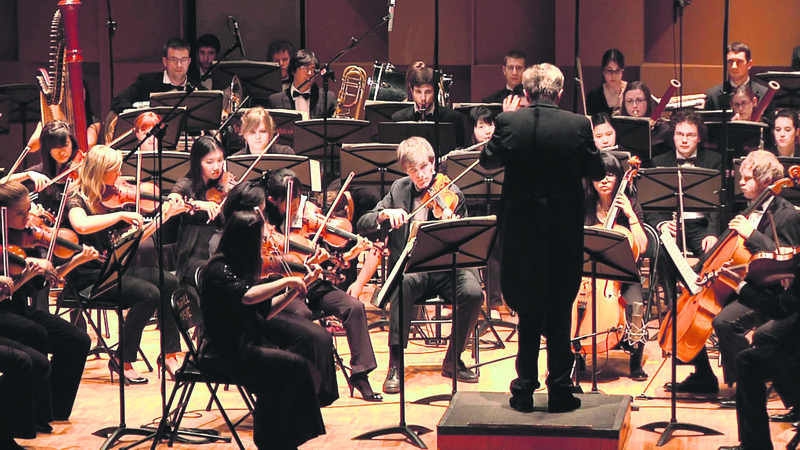 by Daily Sabah Jun 17, 2015 12:00 am
The Franz Liszt Chamber Orchestra will perform a concert accompanied by Gülsin Onay on piano and Gabor Boldoczki on trumpet at İş Sanat Performance Arts Center in Istanbul, today at 8:30 p.m. The Franz Liszt Chamber Orchestra will perform with the honor awarded and much-praised Turkish pianist Gülsin Onay, who has performed on five continents and nearly 70 countries, and Hungarian musician Gabor Boldoczki, who has been regarded as the "worthy successor" of the worldwide trumpet king Maurice André. These two musicians will perform the Concerto No. 1 by Shostakovich, which is one of the most fascinating creations in modern music literature.

Boldoczki is the first trumpeter, who was invited to the Salzburg Festival to play Haydn's concertos. The Bartok Orchestra introduces the Hungarian strings tradition to the world, and will come together with Gülsin Onay for an unforgettable collaboration.

The Franz Liszt Chamber Orchestra was named after the great composer Franz Lizst, as to pay homage to the genius musician who became one of the leading figures of Hungarian music, and whose spirit influences the musical life of the entire world.

The band marked by concerts in more than 50 countries, during the course of half a century since its foundation, performed at some of the most important music centers like Carnegie Hall, Sydney Opera Hall, Tokyo Suntory Hall, and Amsterdam Concertgebouw and have been praised by reviewers and auditors.

The orchestra will impress the participants this year with their music based on Hungarian traditional melodies.
Last Update: Jun 18, 2015 11:11 pm
RELATED TOPICS