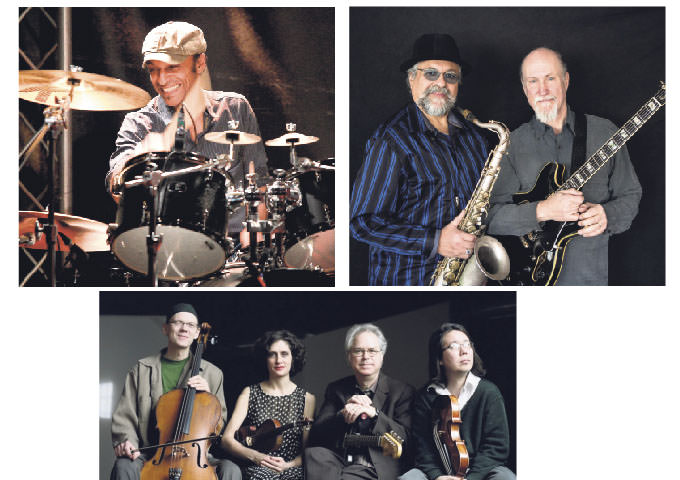 by Alaz Ceren Gönüllü Jun 22, 2015 12:00 am
Akbank Jazz festival, one of the longest-running festivals in Turkey, is celebrating its 25th year this year. The festival will bring respected figures of the jazz world, such as Cecil Taylor, Archie Shepp, McCoy Tyner, Pharoah Sanders, Jimmy Smith and Enrico Rava, together with Turkish audiences. The festival will be held from Oct. 21 to Nov. 1 in Istanbul. Manu Katche, one of this year's headlining stars, will take the stage at Cemal Reşit Rey (CCR) Concert Hall on Oct. 22. Katche is a percussionist who made his name thanks to his unique style that combines African rhythms with classical drum techniques.

The artist will be accompanied by accomplished contrabassist Ellen Andrea Wang. Grammy-winning jazz guitarist Bill Frisell is another guest of the festival. The musician fascinates his fans with his productivity and has recorded more than 30 albums. Frisell will perform for music lovers at the Zorlu Performing Arts Center on Oct. 23. In addition, John Scofield and Joe Lovano will reunite after a 20-year break for the festival. The concert will be performed by guitarist John Scofield, who is one of the most important composers of modern jazz, and Grammy Award-winning tenor saxophonist and chairman of the Berklee College of Music, Joe Lovano, at CCR Concert Hall on Oct. 25. Tickets will go on sale through Biletix starting on June 25.
Last Update: Jun 22, 2015 10:37 pm
RELATED TOPICS