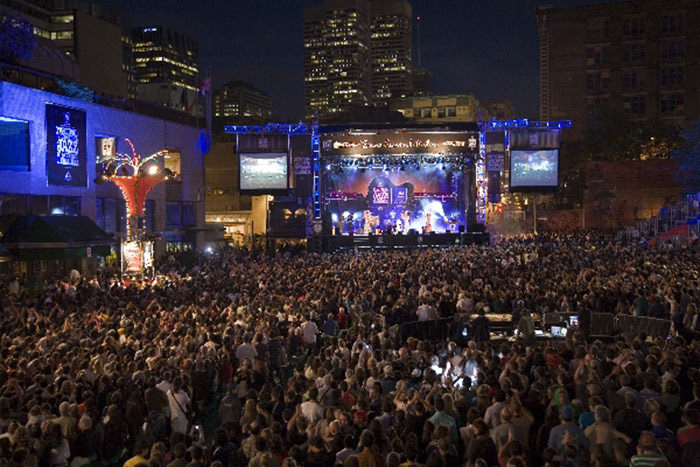 The festival hosted more than 3000 artists from 30 countries, offering more than 1000 concerts, of which more than half were free outdoor performances. The festival was also followed by hundreds of journalist from around the world.

Among the highlights of the event was the concert by the British pop-jazz artist, Jamie Cullum, who was taking stage at festival for the fourth time. The concert was held at Maison symphonique de Montréal on July 1. Cullum's performance was accompanied by the audience's claps from the first song, The Same Things, all the way to the end of the show. His extraordinaire talent boosted audience's energy to a point where all the seated music lovers stood up and danced, turning an indoor event to an outdoor party feel.

As part of the festival's awards, B.B. King award was presented to James Cotton, the Oscar Peterson Award to Jim Galloway, the Antonio Carlos Jobim Award to King Sunny Ade, the Miles Davis Award to guitarist Al Di Meola, the Bruce Lunvall Award to Bill Milkowski and the Ella Fitzgerald Award to the renowned of neo-soul, singer Erykah Badu.

Despite being called a jazz festival, the organization offered a large range of performances by international artists from various genres, including rock, pop and blues artists, added by hip-hop, folk, flamenco, and electronic music events, pushing its boundaries in attracting music lovers of different tastes.

This year's festival was sponspored by some of the worldwide business giants, including Turkish Airlines which has recently launched its direct flights from Istanbul to Montreal. The new direct flight schedule has made it easier for many music lovers from Turkey to come to Montreal for the international music festival.

Turkish Airlines's lounge, which was at the central stage of the festival, was a frequent for many international music lovers, in addition to journalists, politicians, and diplomats, hosted by Turkish Airlines Montreal Office Manager Osman Şahan and representatives.
Last Update: Jul 06, 2015 9:44 pm
RELATED TOPICS