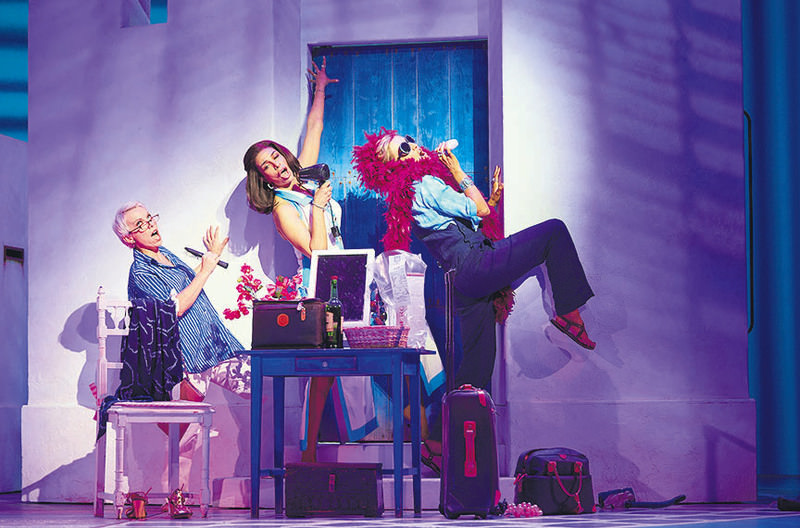 by Zeynep Esra İstanbullu Aug 10, 2015 12:00 am
First performed in 1999, one of the most entertaining and appreciated musicals, "Mamma Mia," will be back on stage in Istanbul from Sept. 29-Oct. 4. Having been watched by 54 million viewers around the world, "Mamma Mia" has been staged in 17 languages with 49 different productions in 440 cities. Inspired by ABBA's timeless songs, "Mamma Mia" will be performed at the Zorlu Performing Arts Center after a seven-year recess.

Organized by the Beşiktaş Culture Center (BKM), "Mamma Mia's" 2008 production was watched by more than 50,000 viewers in Turkey. For the upcoming musical, 3,120 costumes are being prepared for lead actors and other performers. The leading characters will appear in 288 costumes, and during the show's swing scenes, the cast will wear 390 different costumes. Donna, one of the lead characters, will appear in attractive costumes embellished with 24 eye-catching accessories. Almost 33,000 artificial diamonds will decorate her costumes as well. Tickets are available at Biletix box offices.
RELATED TOPICS