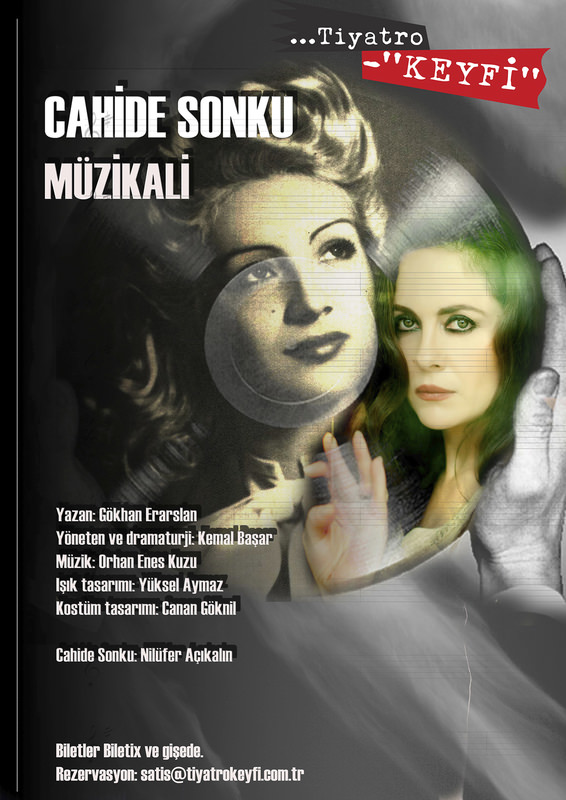 by Zeynep Esra İstanbullu Aug 25, 2015 12:00 am
Tiyatro Keyfi's new production titled "Cahide Sonku Müzikali" (The Cahide Sonku Musical) will premiere on Oct. 1. Written by Gökhan Erarslan, the play is directed by Kemal Başar with costumes designed by Canan Göknil. The play's music was composed by Orhan Enes Kuzu while the light design and landscaping was designed by Yüksel Aymaz. Nilüfer Açıkalın stars as the lead actress of the play.

The award-wining comedy play "The Complete Works of Shakespeare, Slightly Summarized" will open its curtains for a third season on Sept. 18. The play, which was written by Long, Singer and Winfield, and has sold out for 10 seasons in London's West End, was translated into Turkish by Leyla Özgüler Kalender and directed by Başar. The choreography was composed by Alpaslan Karaduman, costumes designed by Berna Yavuz with the play starring Kemal Erdurak, Kerem Muslugil and Mesut Yılmaz.

"Öykülerden Oyunlar" (Plays from Stories) is adapted from the striking stories of Emrah Serbes. Tayfun Dinçer directed the play, which was created with cinema technologies, while the light design was undertaken by Yüksel Aymaz and Kuzu composed the music. Starring Hakkı Ergök and Başar, the play, which will be performed in memory of Savaş Başar, will debut on Sept. 22.
RELATED TOPICS