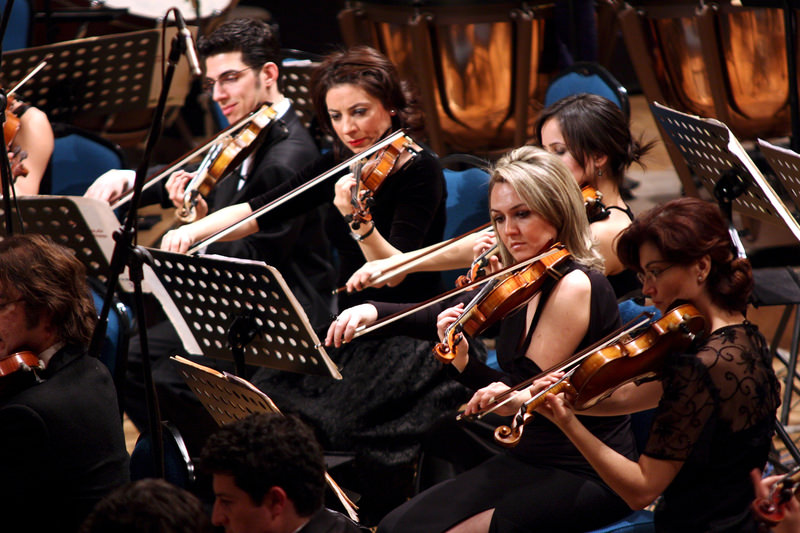 by Daily Sabah Nov 18, 2015 12:00 am
The Presidential Symphony Orchestra (CSO) has been introducing classical music to the masses for the last six years though their project Symphonic Evenings on Campus.

Speaking to Anadolu Agency (AA), director Rengim Gökmen said they aim to popularize "universal" polyphonic music in Turkey and introduce classical music to as many people as possible. Thanks to the project, the orchestra performed for young people and locals in provinces that the CSO had never visited before. As part of their tour, the orchestra will visit five more provinces in Turkey, including Edirne, Çanakkale and Balıkesir, until the end of the year.

As part of the project, the CSO performed in 30 provinces for over 40,000 people. Offering insights to the orchestra's initiative, Gökmen said: "Compared to the Anatolian Concert Series that the CSO organized years ago, our project is more intense. Our target audience is the young people of Turkey and university students."

He said music is one of the most important points humankind has reached in civilization, adding that it is important for nations to have a talent for listening to sophisticated music. Gökmen said they categorize music as developed and underdeveloped and continued: "Each nation has their own folklore, local and popular music, but everybody, including Western civilizations, boast their classical music compositions and composers. Turkey has many classical compositions. The CSO performs universal classical music compositions as well as compositions by Turkish composers who produced works of art with universal techniques in the early Republican era."

Gökmen said he believes that their concerts are illuminating for young people, adding: "We see the hunger of young people for classical music as they have never encountered developed music." The concerts organized as a part of the project have been fruitful according to Gökmen. He said that they left huge marks on the provinces they have visited and have received positive feedback from the locals. "University students show great interest in our concerts. We will continue to organize similar events in the future," he said.
RELATED TOPICS