Jazz, classic, synthpop all on one stage in Istanbul 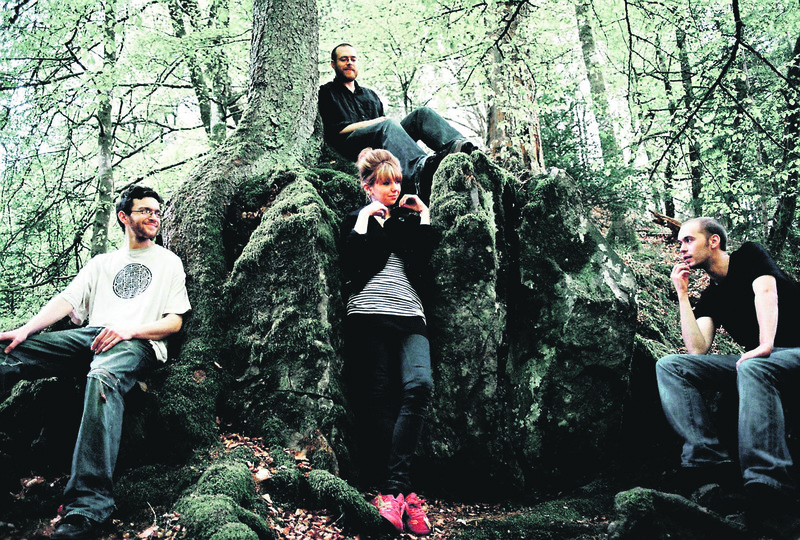 by Zeynep Esra İstanbullu
Nov 20, 2015 12:00 am
The Istanbul Culture and Arts Foundation (İKSV) Salon continues to introduce new talents to an Istanbul audience. This weekend, two bands will enchant music lovers in Istanbul. Blending jazz, classical music and drum 'n' bass in a sensational tone, Scottish band Hidden Orchestra will perform tonight. Tomorrow, Salon will host the U.S.-based synthpop band Yacht after the concert of Mindshifter, a band whose melodies are reminiscent of sci-fi film music.

The Edinburgh-based acoustic electronic project, Hidden Orchestra, was founded under the leadership of multi-instrumentalist Joe Acheson, who received a classical music education. Acheson, on bass and electronics, is accompanied by Poppy Ackroyd on violin and clavier, along with drummers Tim Lane and Jamie Graham. Hidden Orchestra released their first album titled "Night Walks," which was highly praised, in 2010. The album was deemed "The Album of the Month" by BBC 1. Night Walks stood out with its emotional and energetic feature created by the use of natural sounds. Their second album, "Archipelago" was released in 2012. Having performed with significant figures such as Bonobo, Gilles Peterson, Jaga Jazzist and Craig Armstrong, the band has performed in more than 30 countries. They took part in festivals like the Glastonbury, North Sea Jazz and Copenhagen Jazz. They recently released a new album titled "Reorchestrations" where they recorded never-before-heard pieces and remixes.

U.S.-based synthpop band Yacht, was a product of Jona Bechtolt's solo project in 2002. The band gained its recent form with the participation of Claire L. Evans in 2008. They have released five albums in cooperation with DFA Records. Having taken part in tours with famous bands like LCD Soundsystem, The Yeah Yeah Yeahs and Vampire Weekend, they have also produced remixes with Snoop Dogg, Kings of Leon and Phoenix. Claire has a sunglass collection in his name and a mobile app as well - a Los Angeles city guide. Apart from these, he writes at Motherboard and VICE. MindShifter is a band that produces remixes for famous figures like Görkem Han Jr., Portecho, The Away Days and Juveniles. Their style of music has an interesting feature, in that it sounds like the soundtracks of popular sci-fi and steampunk films.