The future of traditional Abdal music threathened by technology 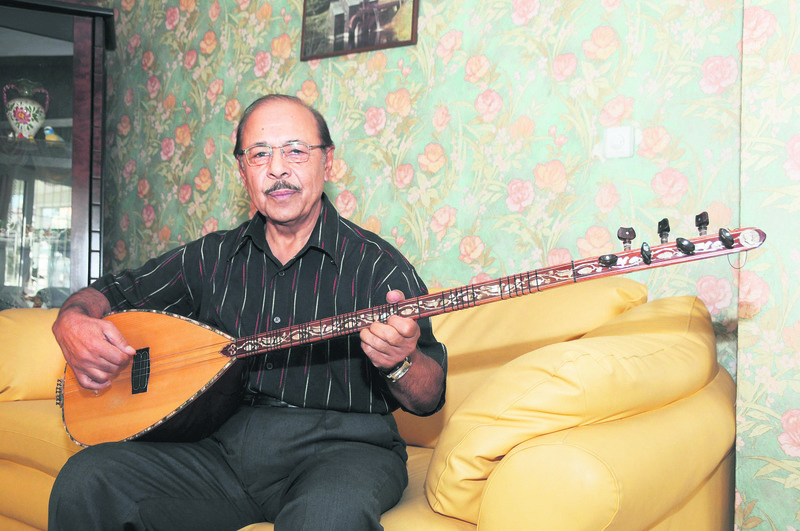 The Anatolian music tradition, Abdal music has entertainedAnatolians for many years; however, the centuries-old tradition is being threathened as technology and urbanization take over our lives

The last standing representatives of Abdal music, which gained fame with artists such as Muharrem Ertaş and his son Neşet Ertaş, claimed that traditional Anatolian music is about to become extinct. The music tradition, which is an essential part of village weddings in Central Anatolia, is said to be the victim of urbanization and technological developments. Abdal musicians in Kırıkkale's Keskin district told Anadolu Agency (AA) that they have to work in other jobs as they are unable to make a living as Abdal musicians.

Metin Öge, 62, has been playing the clarion for the last 53 years. He accompanied legendary Abdal musicians Muharrem and Neşet Ertaş on stage during numerous wedding organizations in Central Anatolia as well as in the U.S., Germany, the U.K., France, Hungary and Syria. He was also honored by the Ankara Seymenler Club with his name was given to an event the organize annually.

Speaking to AA, Öge said instruments such as drums, the clarion, saz and violin used to be preferred for entertainment during wedding ceremonies; however, he claims that since mechanical music instruments emerged, the original music that Abdal musicians performed has no longer been in demand. "We have a hard time supporting our families financially. There used to be more than 1,000 people who made Abdal music but now, there are no more than 25 remaining. Some of the musicians in Kırıkkale migrated to other cities to find jobs while many quit being a wedding musician altogether," Öge said. According to the Kırıkkale-based artist, being an Abdal musician is much more than a profession. "We used to work throughout the year, traveling from one place to another to perform at weddings. Now, we can only work three months a year. People used to dance the halay along to the music of drums and clarions. All these traditions have started to fade into oblivion."

Öge said the folk songs Abdals perform mirror their emotions and claimed that today's folk songs do not reflect any emotions at all. "There are almost no people left who perform proper Abdal music. Art is nearly dead," he added.

Kamil Öge, a student of Neşet Ertaş, said he earns his living by playing the saz and singing folk music at weddings; however, urbanization has cost many people their jobs. "Weddings are an important part of our tradition, but now the celebrations are limited due to urbanization. We are trying to keep Abdal culture alive in villages and rural areas. People usually hire wedding halls in cities and have no care for Abdal musicians. So, we travel from one village to another and from wedding to wedding to be a part of people's happiness," Öge said. Öge claimed that Neşet Ertaş also complained about the overwhelming dominance of technology over Abdal music. "He always said art has become simpler since technological musical instruments emerged. Hacı Taşan, Muharrem Ertaş, Çekiç Ali, Salman Çöke and the latest representative of Abdal music, Neşet Ertaş, traveled on horseback for years to perform their art in villages and weddings. Now, we, the young generation, cannot even make enough money to make ends meet."

Saz artist Engin Geçkin is one of the Abdal musicians who try to make a living out of his art. According to him, the age of Abdal music tradition has come to an end. "Today's artists make one-time hits, become famous and disappear in a month. The folk songs that we perform are based on our past, the sorrow and happiness of people in Turkey. Hence, the music we make does not fade away in time, but now people are no longer interested in the Abdal music tradition.
RELATED TOPICS