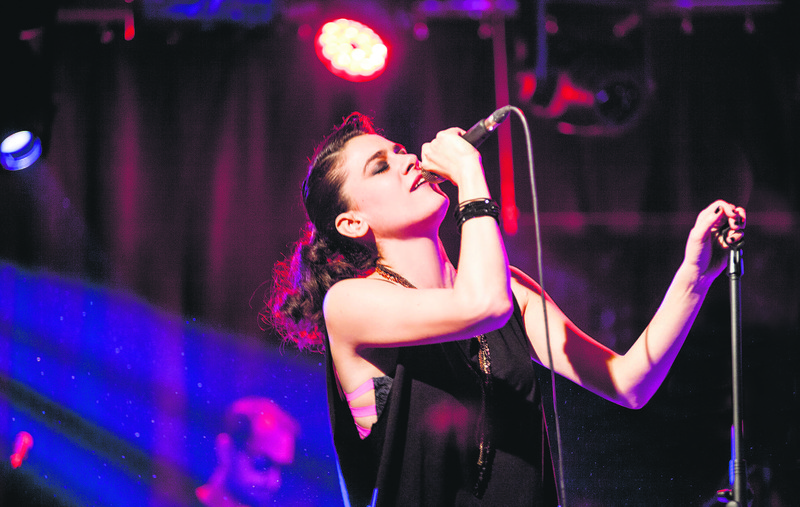 Bringing together alternative voices from around the world to zealous audiences every week, Salon İKSV has a special program for this week which features several successful Turkish musicians

The Istanbul Culture and Arts Foundation's (İKSV) Salon continues to introduce new talents to audiences in Istanbul. This week Taksim Trio, which features accomplished clarinet player Hüsnü Şenlendirici, İsmail Tunçbilek and Aytaç Doğan, will perform for Istanbul. Shining young musician Melis Danişmend and the On Your Horizon rock band will also be on Salon's stage.

Taksim Trio is a project that brings artists Hüsnü Şenlendirici, İsmail Tunçbilek and Aytaç Doğan together. The group released its debut album in 2007. In the same year, the group performed at WOMEX, one of the most important music fairs in the world. In 2008, Taksim Trio performed at Queen Elizabeth Hall as a part of London Jazz Festival. The acclaimed trio released their long anticipated second studio album last year and produced well-known songs featuring the voices of Orhan Gencebay, Zülfü Livaneli and Şükrü Tunar. Taksim Trio will offer an unforgettable night full of clarinet, saz and zither to music lovers tomorrow. The tickets for adults cost TL 50 ($17) while students can purchase tickets for TL 30 on the official website of Biletix or at İKSV.

Melis Danişmend began to take a professional interest in music during her high school years and entered the music industry with her band, Üçnoktabir. She recorded the album "Sabaha Karşı" with her band and released her solo album "Daha Az Renk" in 2010. The album showcased Danişmend's lyrics and compositions as well as her skill with the acoustic guitar. Danişmend released her second studio album "Biraz Gülmek İstiyorum" with her own lyrics and compositions and gave her first performance at İKSV's Salon. The artist will introduce her latest album and her new acoustic, rough but tragi-comic songs on Dec. 18 at Salon. Those who want to enjoy a night of quality music can purchase tickets for TL 35 or TL 25.

The rock band On Your Horizon has been a part of the Turkish music industry since 2010. With Rammy Roo on the guitar, Yasemin Özler singing and playing the cello, Tuğrul Gültepe on the bass guitar and Ender Akgün on the drums, the band released their latest album "Turbulent" in June 2015. The band takes the stage with a cello and explores jazz and experimental music. They performed as the opening act of the xx's 2013 Istanbul concert and received two thumbs up from music lovers as well as critics. They made a strong impression on the audience with their Cactus Song covers during their performance at Sofar Sounds in August 2014 and received over 15,000 hits on YouTube. On Your Horizon is considered one of the few post-rock representatives in Turkish music and will perform as the opening act of In Hoodies on Dec. 19. The indie-rock band In Hoodies will pay a visit to the stage of Salon to promote their latest album which was produced by the Rolling Stones, U2, Richard Ashcroft and Chris Potter from the Verve. With Murat Kılıkçıer singing and on the guitar, key board and percussion, Ali Berk Aslan on the drums and percussion, Tim Wills on the arrangement and key board, Martyn Campbell on the bass guitar, Si Connelly on the guitar, Mike Sidell on the violin and Ben Trigg on the cello, the band released their first EP featuring a total of two singles in August 2015. Standing out for their relaxing tunes and clear vocals, In Hoodies managed to draw the spotlight on them with their music video for their single "She Got Caught." The band just released their new single titled "Gospel" and received positive feedback from their fans. The band promises a creative performance with their rock, Britpop and indie rhythms. The tickets for the performances of On Your Horizon and In Hoodies cost TL 35 for adults and TL 25 for students.