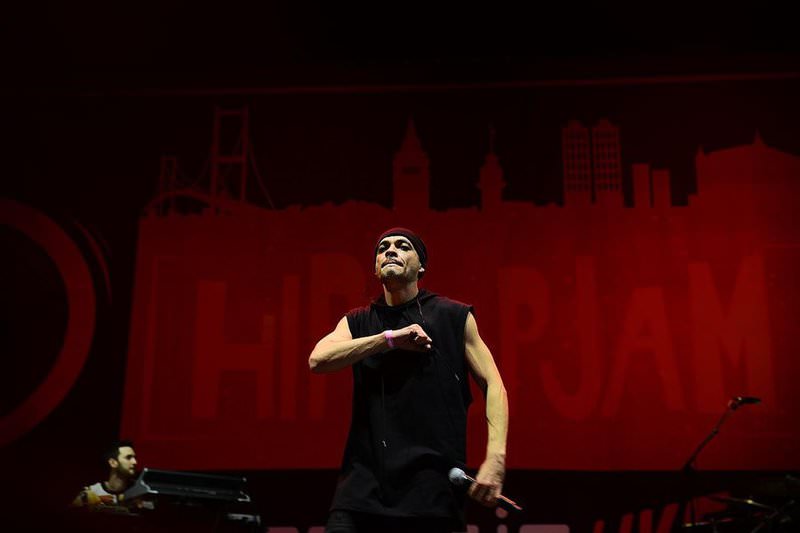 by Anadolu Agency Jan 07, 2016 12:00 am
The sixth edition of Demonation Festival, organized by Turkish magazine Bant Mag, will give music-lovers a chance to delve into the local indie scene.

The festival will take place at three different venues in Istanbul; at Arkaoda on Jan. 8, Babylon Bomonti on Jan. 9 and KargART on Jan. 10.

Some bands which will perform at the festival's Babylon Bomonti leg are a project by Murat Kılıkçıer In Hoodies, Cologne-based musician Elektro Hafız, a first-time visitor to an Istanbul stage, as well as psychedelic band Uluru and Istanbul-based artist collective Ha Za Vu Zu.

One of Turkey's most well-known rap artists Bilgin Özçalkan, aka Ceza [punishment' in Turkish] will take to the stage at Istanbul's garajaistanbul on Jan. 9.

A contemporary face of the Turkish rap scene, the Istanbul-born 37-year-old singer will also perform in Turkey's western province of Bursa on Jan. 15, in Aegean province of Izmir on Jan. 17, in Ankara on Jan. 30 and in Istanbul again on Jan. 31.

His latest album Suspus ['Speechless'], released in May, was ranked at number 1 in Turkish entertainment retailer D&R's charts at the time, staying on the list for eight weeks.

Ceza's music has been used not only as for television advertisements, one political party in Turkey adapted one of his songs for an election campaign but was sued by the singer for copyright infringement.

Turkish pianist to perform in Istanbul

Renowned Turkish pianist and composer Tuluyhan Uğurlu will be performing at Istanbul's St. Antoine Church as part of his 'World Capital Istanbul' project on Jan. 9.

Saturday's concert will be his 400th performance.

The film is adopted from American financial journalist Michael Lewis' bestselling book The Big Short: Inside the Doomsday Machine.