Turkish traditional and jazz styles at Salon İKSV this week 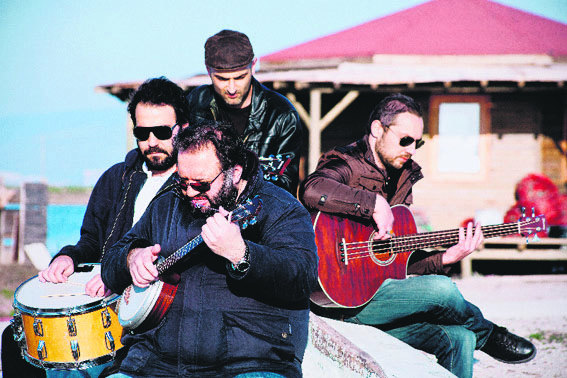 by Zeynep Esra İstanbullu Jan 08, 2016 12:00 am
Musical sensation Kırıca formed in 2000 and drew attention with their songs "Pireli Sirto" and "Hicazkar Zeybek," which were featured on the soundtracks of "Organize İşler" (Magic Carpet Ride) and "Dondurmam Gaymak" (Ice Cream, I Scream). Their debut album "Kaba Saz" was released in 2008 and named one of the best albums of that year by music magazines Bant and Roll. Blending Turkey's unique local rhythms with their own compositions, Kırıca managed to reach out to a large fan base thanks to their original music. The band's second album "Yılların Ettiği" was launched in 2013 at Salon with an energetic concert. Composed of Salih Nazım Peker, Orçun Baştürk, Erdoğan Türksever and Özgür Yılmaz, Kırıca will be the guest of Salon once again today, and perform their original songs for Istanbulites. Nilipek, who goes by the alias Nil İpek Hülagü, released her first studio album "Sabah" featuring indie, rock and acoustic rhythms on digital platforms in September 2015. The artist, who is also a painter and plays the ukulele, violin, piano and bass guitar, is accompanied on stage by keyboardist Ozan Tekin, bassist Tufan Büyükgüngör, guitarist Can Aydınoğlu and drummer Çağlar Aytan.

Can Kazaz made a name for himself with his musical creation MC Recep, which mixes hip-hop music with political satire. Kazaz continues his academic studies on acoustic ecology and new music composition. He released his debut album "Bir Albüm" in 2012, and his second and third studio albums "Yolar ve Su" and "Kesme Bardak" in 2014. Kazaz usually plays all the instruments featured in his albums by himself and undertakes all the production processes as well. He offers his fan an extensive musical experience from alternative pop/folk blended with pastoral elements, to hopeful and energetic ballads. Kazaz performed as a part of the 22nd Istanbul Jazz Festival's "Night Out" event series last July. Nilipek and Kazaz, who made a name for themselves in Istanbul's independent music scene, will share the stage for an exclusive concert tomorrow at Salon.
RELATED TOPICS