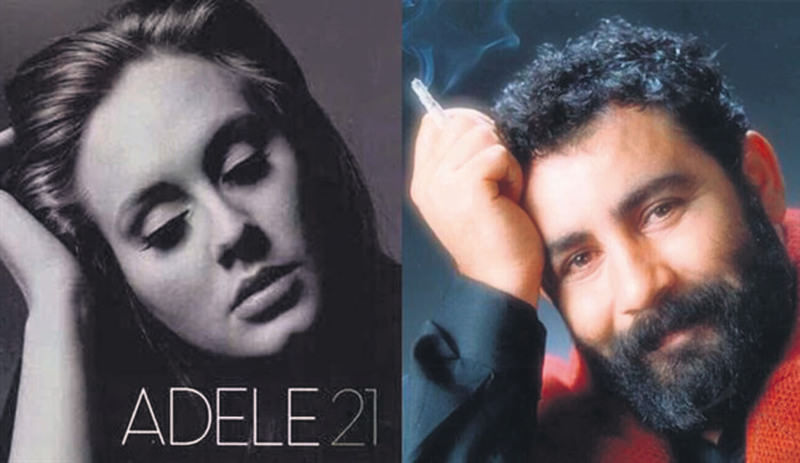 by daily sabah Jan 09, 2016 12:00 am
The Musical Works Owners Group (MSG) announced that there are similarities between the melodies of world-renowned British singer Adele's song "Million Years Ago," and late Kurdish singer Ahmet Kaya's "Acılara Tutunmak," following a technical examination.

"Million Years Ago" which is featured in Adele's latest album "25," sparked an international debate last month after it was claimed that the song's melody is reminiscent of Kaya's "Acılara Tutunmak," which was released by the singer in 1985. Upon the claims, MGM organized a technical investigation and compared Adele and Kaya's songs. The board of MGM confirmed that the similarities between the two songs are enough to file a lawsuit against the British singer for copyright infringement and Kaya's widow Gülten Kaya has been informed about the result. When the issue was first brought to the agenda, Gülten Kaya said, "I do not believe that a world-renowned artist condescends to copy a song."