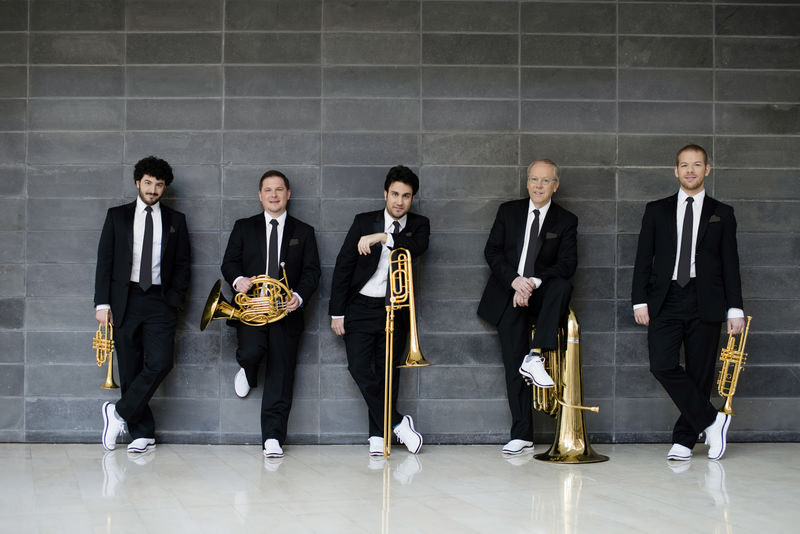 by Cenk Erdem Jan 14, 2016 12:00 am
The world's most famous brass group, Canadian Brass, has sold more than 2 million albums worldwide. Presenting wide variety of styles from Baroque tunes to new compositions and pop and jazz, they are scheduled to perform in Istanbul at the Cemal Reşit Rey Concert Hall on Jan. 20. Having just released its brand new album "Perfect Landing," the Canadian Brass concert will feature music from the album as well as Baroque, Renaissance, Classical and Romantic music, as well as jazz and pop standards. As touring legends with a 40-year-long career behind them, the group presents the highest level of music as talented musicians, but also they clearly love to have some fun on stage, introducing the joy of brass music to new audiences. As one of the most recognizable brass ensembles today, Canadian Brass has been known for its innovative challenge, exploring the possibilities of brass music.